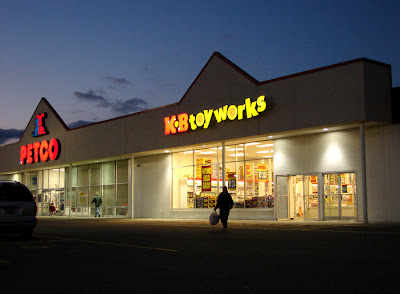 Is the end almost near for K-B Toys? 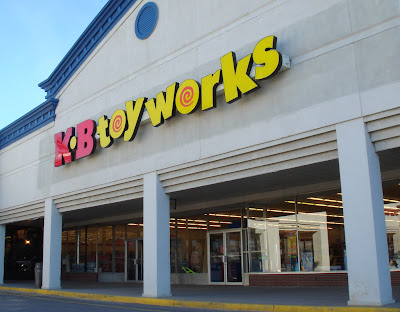 In Connecticut, the chain recently quietly shuttered all remaining strip plaza stores in TORRINGTON (Torrington Plaza), NEWTOWN, STRATFORD (The Dock), PLAINVILLE (Connecticut Commons) with ENFIELD (at Enfield Square/Mall) and VERNON (at Tri-City Plaza) soon to follow in a few weeks. Enfield will be the only announced mall-side closure while the others formerly located in strip plazas will close seeing the chain's focus of keeping stores within traditional indoor malls, where they are most likely successful.

The Caldor Rainbow has little doubt more stores won't soon follow shortly after the Christmas season 2007, as most of the survivors appear to retain by their indoor mall-strengthened associations as opposed to the move to liquidate existing, underperforming strip plaza stores in Connecticut.

Stores that will be sticking around for now are DANBURY (at Danbury Fair Mall) and mostly new(er) locations in MERIDEN (at Westfield Meriden/Mall) MILFORD (at Westfield Connecticut Post/Mall), TRUMBULL (at Westfield Trumbull/Mall), WATERBURY (at Brass Mill Center/Mall), WESTBROOK (an Outlet store at Westbrook/Tanger Outlet). You can see the full-list here complete with upcoming Black Friday hours. 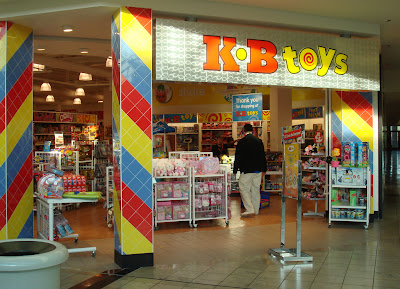 The Milford store recently had its store relocated and redesigned in accordance with a new store model at the Westfield Connecticut Post Mall in 2006, despite the company's woes.

When I was a kid and shortly after, most of the stores were known as Kay Bee Toy Works, Kay Bee Toys, KB Toys and KB Toy Works. Today, the chain is somewhat muddled in what name they choose to present themselves until now, widely known as KB Toys following the most recent closure.

When the veteran toys-and-games merchant and rival to mega-retailer Toys "R" Us ceased the selling of video games around 2003, something was up.

SOME SURVIVORS LIVE TO SELL ANOTHER DAY... 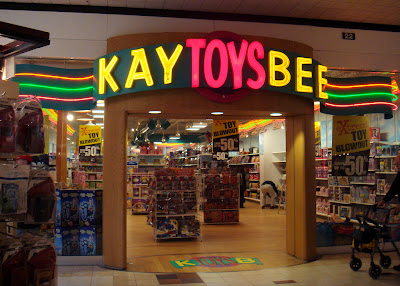 LEOMINSTER, MASS. inside THE MALL AT WHITNEY FIELD lives with another wacky, unusual logo. 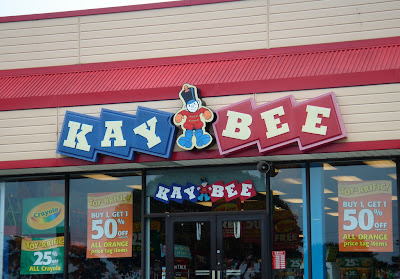 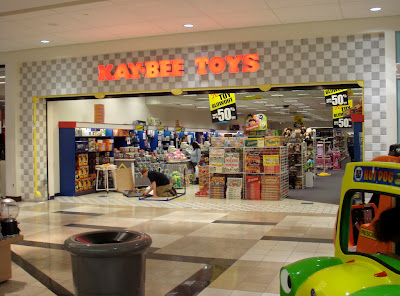 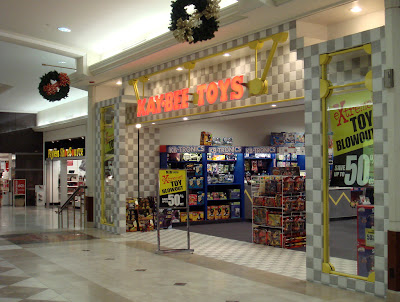 JOHNSON CITY, NEW YORK lives inside Oakdale Mall, because it's a Southern-tier tradition!

If you were (or had) kid(s) growing up in the 1980s and (mostly) 1990s, you knew that apart Toys "R" Us, KB Toys was a junior alternative but no less a joyous toy store with immense selection but often steeper prices than big box Toys "R" Us. Competition has sought to do in K-B Toys, whose lost much market share to many of it's discount-oriented competitors. Then, when the chain liquidated its remaining, withering selection of competitively priced video games into more or unused space for toys. 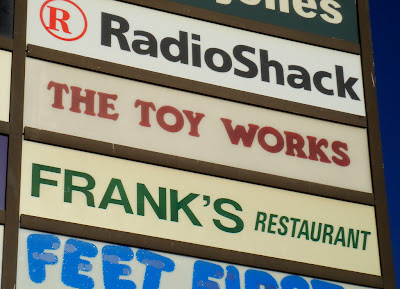 The cancer that the company was suffering was bestowed upon Chapter 11. Within the next year, more stores would prove it by closing due to not only competitive pressures and exorbitant leases but the same problems Toys "R" Us have faced per the millennial shift: the inability to reinvent or adapt to a changing industry of a rising electronic age.

We saw the chain change dramatically, for the worse, when the electronic age took flight and around the same years Toys "R" Us lost its clout to kids other diversions and the big box revolution of Wal-Mart and Target, where prices were offered lower. Pile on recent outbreaks of quality control issues in products sold at the various chains including K-B Toys following many lead-paint/Made In China products have caused for a further damning for the company's bottom line.

A poisonous equation, and one that has almost sent K-B Toys into cancerous defeat.

There are no plans for K-B Toys to close any more stores beyond ones announced on their website. Head over to the K-B Toys site to get a list of stores still alive, closing or dead (no longer listed).

The Caldor Rainbow hopes to secure pictures of closed locations in the near future.