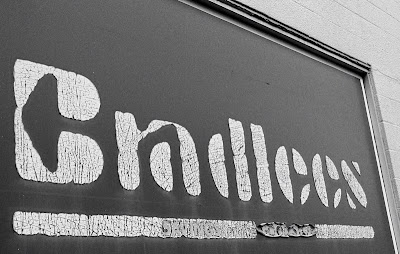 I'm not too familiar with the state of New Jersey.
As a lifelong Connecticut native, I've been here the amount of times I can count on one hand (that didn't include Six Flags, at least), mainly because travelling here is just one of many hassles not found in the many other states in the Northeast. Upon my foreign observations, I still find it odd how citizens still can't pump their own gas (actually questioned an attendant about this once) and that it'll cost the price of today's cheapest fast food meal to travel from one end of the state to another in highway tolls. In fact, I'm probably an outlaw in that state for reasons involving the myriad toll collection stations, seemingly on every highway in the state.

What can I say? I shoot pictures at malls, so I like to live... err... dangerously.

Aside that, The Caldor Rainbow has visited the state a few times in the last year for all reasons involving one of my beloved, childhood department stores: Bradlees. If not for Bradlees, I'd rip my hair out travelling down the always unpredictable I-95/dreaded toll-frenzied, congested Garden State Parkway and that godawful, dreaded George Washington Bridge (took me an hour and some change to board it, both ways, some kind of record?). All the while me thinking, we the people have to pay these guys eight bucks for having two cash lanes, hours lines worth of other motorists cutting off other motorists and E-Z Pass drivers' and their competiting 8 lanes.

Despite the migrane, we've found there's still a good handful of empty locations left by the late New London, Conn.-based discounter, who expanded vastly into the retail flushed state of New Jersey. We visited a couple just recently in Bordentown and Toms River. 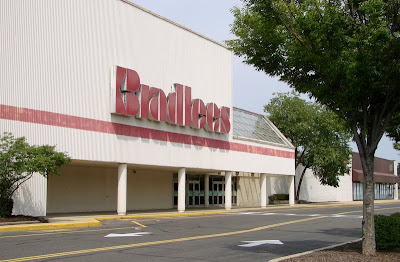 We hit Bordentown first, along SR-206 and a good length off I-195. This store was in a bit of a dried up, mostly residential area. We found this store almost immaculately frozen in time; all signage up on the building and nearby road. A former Jefferson Ward, this Bradlees likely swooped up that fallen Montgomery Ward offspin in the early 1980's and had a fairly good run for almost two decades. This one made it all the way up until the 2001 liquidation, typically like the chain, no exterior remodels since opening. The skylight-cased, red-stripped building haunts the otherwise active ShopRite neighboring to the left. Sadly, the vacation of Bradlees incurred a plague of trickling closures to the building's subdivisions; an empty Fashion Bug and Blockbuster Video sit labelscarred beside the surprisingly clean vacant husk. 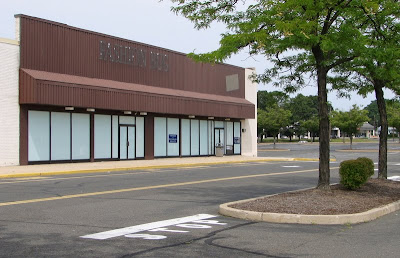 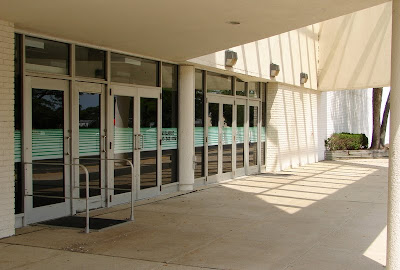 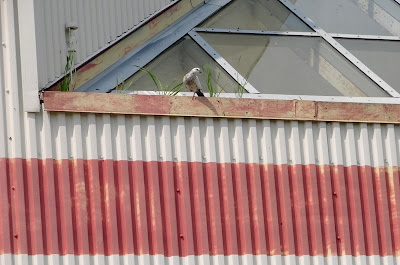 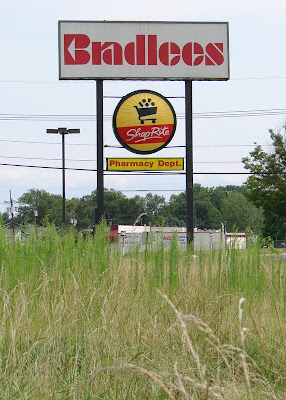 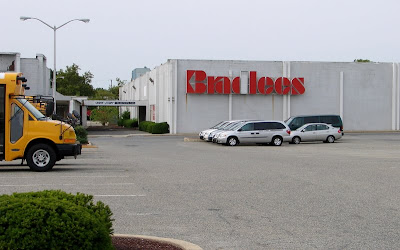 Next on the rundown was Toms River, a mere half-hour east, right off the Garden State Parkway and the ever traffic riddled US-9 artery. There's little to wonder why this rotting property can't be sold off: a great number of the plaza tenants are mired in vacancy and dilapidated storefronts. Aside the vacant Bradlees, which once prominently anchored the center, there's a checkered vacancy rate fended off by Staples and a discount furniture depot. Because the otherwise accessible location, the number of otherwise potential tenants are already situated nearby, including Walmart. The mere condition of this ancient shopping center will halt certain fertility in redevelopment, at least for now. 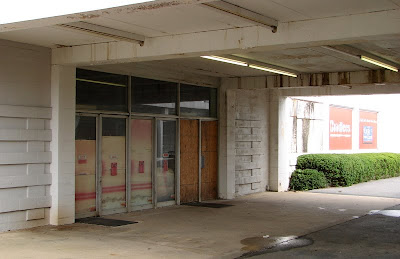 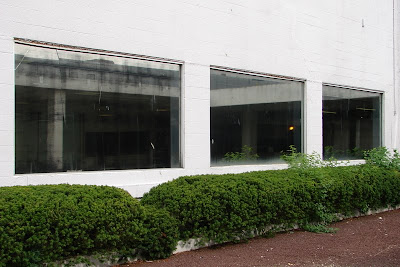 Having seen a good number of Bradlees in my own line of sight and in pictures, this one is by far one of the oddest looking stores I've ever witnessed. For one, there's no vibrant entrance at street level like most of their locations. Instead, you'll have had to walk down a small path, which seems like a side entrance. It also didn't help the building looked more like a distribution plant than a retail store, which had me baffled when I saw this one from the sky before getting here. Other odd traits with this one were the trio of windows out front, the abundant landscape area underneath and perhaps the coolest part: the "billboard"-like advertisements for a charge card and the later 90's "Savings on The Good Stuff" slogan adjacent the entrances. Probably not always a Bradlees, this Toms River location was likely one of many stores the chain snatched up in the early 80's boom the company experienced. 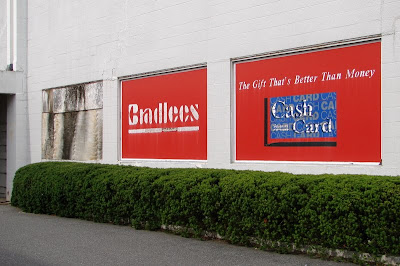 That's not all. Behind the plaza lies an entire strip of vacancies and a rather ugly rear portion of the "mall," filled with busted pavement and landscaping. 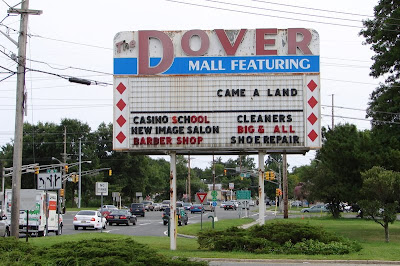 Who forgot The Dover Mall? A certainly aged outdoor mall, once could tell by the archaic sign on US-9, back unto the turn of the 20th Century, clearly will seek demolition one day soon -- or so the town hopes. The Dover Mall remains a prime example of how retail trends can turnaround a once bustling center into a dark, distressed abandon, with success and flourish surrounding all around it. 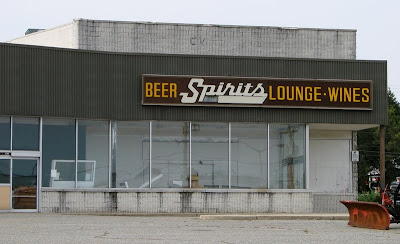 FORGOTTEN BEHIND THE DOVER MALL 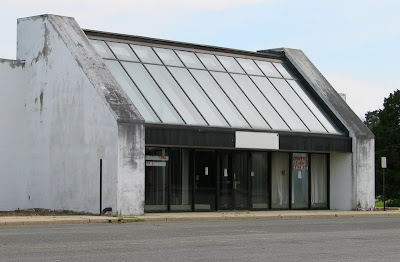 There are currently other buildings formerly held by Bradlees (and Jefferson Ward for that matter) in Stratford, Woodbury Heights and Hamilton, the latter a former later-era Caldor. We would've gone for Woodbury, but that one is more a bizarro cousin of both Bordentown and Toms River. 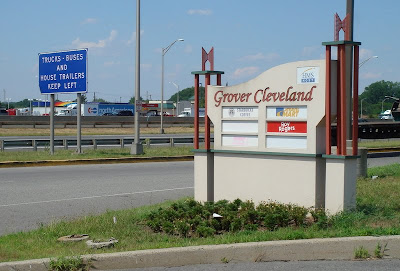 So what can I say about New Jersey? The same for both Vince Lombardi and Grover Cleveland, whose legacies are parallel in fueling the needs of many a Popeye's and Roy Rogers consumer with their own toll-free rest stops.

VIEW: BORDENTOWN AND TOMS RIVER ON FLICKR.
Posted by Nicholas M. DiMaio at 12:00 AM 15 comments: