About THE CALDOR RAINBOW 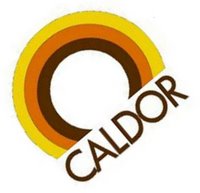 THE CALDOR RAINBOW was established in September 2006 as a project organized by myself, Nicholas M. DiMaio, whose primary goals are to preserve retail history not limited to our "mascot" Caldor. Our objectives include tracking endangered, outdated stores, storefronts, restaurants and/or iconic retail sites primarily in Connecticut and around but not limited to the Northeast United States.

We are dedicated to documenting these sites with our own original, on-site photography and commentary which are the foundations of achieving our goals and presentation. We believe there are stories behind each site we visit -- capturing them and bring light and giving them stories to share with our readers is our nostalgic value.

While our inspiration derives from a personal history of shopping many of the retailers we remember including Caldor, Bradlees and Ames we have various other of our friends to thank for our foundership including Chris Fontaine of Ames Fan Club, who prompted our start, Dead Malls and Labelscar.

It doesn't stop there at one such defunct retailer. THE CALDOR RAINBOW is an outlet for what you might not expect to see on other websites. (To the left: The Caldor "Rainbow" logo recreated by myself).

THE CALDOR RAINBOW and our story...
Growing up in the late 1980s and early 1990s, my family would frequently shop at a department store called "Caldor." If you lived in the Northeast from the late 20th century, up until you being a child of the mid-80's at the latest, there's a good chance you've shopped, remember and possibly miss Caldor at some point.

In my youth during the 1990s, my mother Rose frequently brought my brother and I to the former location at Farmington Avenue in New Britain among others in the area, to which had the infamous, outlandish rainbow far beyond its years. Now, our times shopping at Caldor are long but cherished memories and a part of our lives and times spent shopping over the years.

Even today as Wal-Mart, at the New Britain location, I still see the ghost of a swept-angled, stucco-facade that was once gleeming its plexiglas rainbow goodness from the perch of Farmington Avenue.

Where I've lived most of the life in Hartford county, in the suburb of Farmington, Caldor discount department stores were practically surrounding us on all fronts. The beloved, essentialist chain emerged rapidly in the 1970's but saw a steady down turn through following the early 1990's. In 1995, Caldor was stricken with bankruptcy woes, forcing it to enter Chapter 11 reorganization.

Because of the company's financial difficulties, the strategy was initially to purge by closing a first round of stores in 1996 and focus on profitable locations. Years down the road, the company was impending a sinking end with many stores showing considerable age or "frozen-in-time" locations which included the (Farmington Avenue) New Britain, and Queen Street, Southington stores, doning outdated facades, and company markings dating back to the early 70's.

By the late 1980s and 1990s, following the chain's own financial difficulties and competitive struggle, many of its stores were finding themselves plenty aged beyond their years. Most stores in the Hartford area were left behind with the 1970's "earthtoned" (a generous euphamism) colored rainbow logo consisting of brown, orange, and yellow in a "C"-shaped rainbow pattern.

The infamous, tri-toned retail rainbow has inspired us to live on the tradition of Caldor at its finest, a bizarre company emblem unlike none other brands our site and goals accordingly with our nostalgic pledge to Caldor and its impact on Northeast retail legacy.

Like Caldor, we also observe and cover other department retailers and rivals including Bradlees, Ames and even Kmart; whose still hanging in there beyond their harbinger of doom.

THE FATE
Caldor finally fell victim to it's cancerous Chapter 11 in the early 1990s, in 1999 all stores shuttered. While most were quickly swallowed by the almighty successor Wal-Mart, other existing stores have been snatched by rising big box giants such as Kohl's, Wal-Mart, Lowe's and Home Depot.

In 2008, there are still remaining, vacant locations still out there. Our goal is to track these sites down and bring them here to present to you.

SITE POLICIES, PHOTOGRAPHY GUIDELINES WITHIN PUBLIC PRIVATE REALMS
Here at THE CALDOR RAINBOW, we use original material which includes our own photography and the effort that goes into retrieving the very pictures and information you absorb here on our site.

While some unpronounced, many malls and/or shopping centers prohibit camera photography as a deviance from normal activity at an environment meant for shopping. As anyone may know, taking pictures of active shopping centers is seen as a taboo practice not taken lighty by some mall personnel and security. We never ask permission before taking our photos because we believe the bureaucracies evident at most of these centers are inevitable and unimportant to our ultimate goal so we advise anyone who may contribute to our goal to be wary of the rules and accept the consequences. This means, if you're asked not to take any pictures on their private public property, respect their rules and avoid trouble. It's our code to be pacifistic and to avoid argument/conflict. This does not mean they have the right to sanction your property which include digital media and or camera equipment.

If you are asked to submit your property to any security personnel and/or delete your memory, we advise you to politely refuse and simply leave the premises. At no time shall you ever hand over your expensive valuables or delete your media without actual Police intervention -- security personnel do not have the rights granted by the Police and even Police have limited rights of what they can do to your property. This ultimately does not grant anyone the power to have your property destroyed or compromised with does not include seizure by Police only. Things will probably never escalate to that level but be aware some security personnel depend on you being intimidated and/or ignorant of your rights.

Asking for permission prior to taking pictures is always a fine idea (it's not for us, we've tried in the past so it's up to you, especially if you plan to "publish"), but if you're told not to, then it's no from there on out (and you have limited defense if you're caught from there on out if you were told not to). Again, avoid trouble and avoid conflict.

We do not ask for permission anywhere to take photos. We believe when we are in public, and there is no federally-mandated warnings or national security threats, we have free-range to shoot. This is usually the law of the land on public property (which includes "private" public property or malls), while privately owned, they are public in inviting anyone onto their property.

I have been asked to cease photography a few times in the thousands of pictures I've taken and have also been warned not to at some malls (examples: Holyoke Mall in Holyoke, Mass. and Enfield Square in Enfield, Conn. enforce a strict no-camera policy - while Holyoke Mall does not state this on their webpage or written anywhere which makes their defense poor). If you're looking to take photos inside your a vehicle; you are absolutely within your right and on and in your own property. The only time you should submit your property to officials is by court order and/or them notifying you of a lawyer.

Lastly, exercise common sense when taking any pictures you may. Make sure, in the least suspicious manner, there are no law enforcement and/or general enforcement (which includes mall security) officials around as you're making yourself more of a target. You can never be too sure of anyone who may try and report you, which is a very small percent of any public makeup, so when you do snap pictures use discreet and use mindful judgment.

Don't think of yourself as a criminal or terrorist (unless you are and have ill-intent), after all, taking hobbyist pictures do not make you taboo. Just mind your business and do what you intend without regard of what people might think.
In the end, we just want to capture retail landscapes before they go away forever.

About using photography on THE CALDOR RAINBOW. We will never use any other artist or photographer's work without their consent and proper citing. Every photo you see now and throughout are my own pictures unless stated otherwise. I am a strong supporter of using material that is my own, so please also respect my works by asking permission and/or using citation to use any pictures you may want to use seen on any site where we feature our photos which include Ames Fan Club, Flickr, Facebook and THE CALDOR RAINBOW. 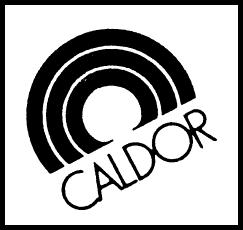 Caldor "Red Accent" logo reinvented for the 1990's to counter the brown-tinted grim look of the store throughout the 1970s~1990s (recreated by myself).
Posted by Nicholas M. DiMaio at 11:58 AM 4 comments: