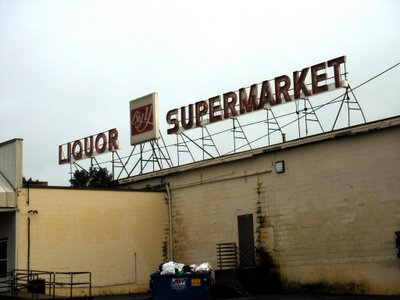 You can see it right off I-91 on a stretch of retail a.k.a. King Street (US-5) going either direction. Until today, I decided to finally pull off the highway, do a U-turn, and access this pain-in-the-rear plaza and do some investigating. 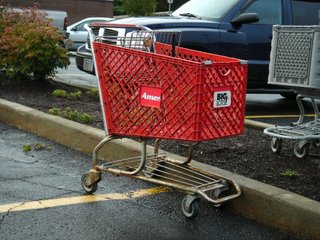 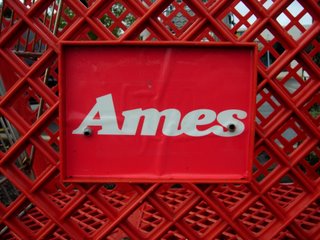 Big Lots of Northampton caught red handed using red-colored former Ames shopping carts.
Before physically visiting this sorted site, I had known that the plaza was old-looking just by the few split-seconds of gawking off the highway. Today I might’ve confirmed that the oldest Big Y ever to exist is right here, in Northampton, Massachusetts, sharing it’s fate with a dozen other stores in the same lot, a higher than average percentage of dead ones. Not only does the seemingly brand-new Wal-Mart (presumably on the site of a long demolished Caldor) stick out as the newest development here since (maybe) the late 1970’s, sandwiched between a vacant old window-papered shoe store called “Wear it Well” and a Big Lots trapped in the disco-era (or possible fallout disco-era). 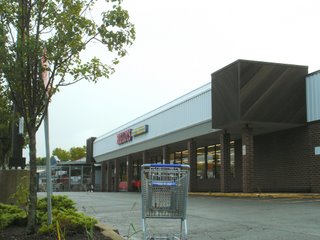 A exclamation-less older design of Big Lots of Northampton. 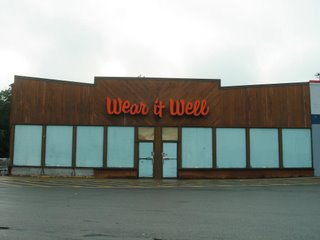 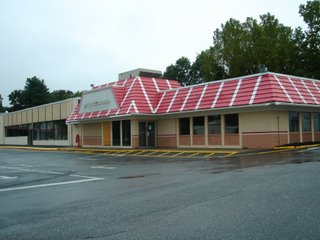 Some bizarre old fashion store, a dead Bickford's neighbor along with some other retro unmarked store.
On the otherside lies more troubledness with some rock-spattered husk most recently used by Big Y, and a empty red and white striped Bickford’s Restaurant. Just before leaving the plaza, I had to secure some shots of the rustic signage for Big Y… 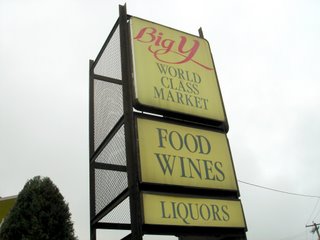