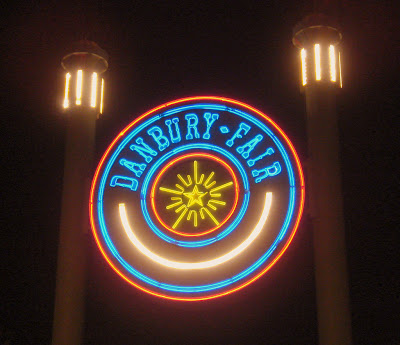 Following a few e-mails I received just last week regarding the Danbury Fair Mall from a couple readers but one, Joseph, informed us about the progress of the impending renovation going on now. Since we last visited at March's end, the fountain was still operating but other parts of the center were slowly showing evolutionary results, including the removal of the staircases by the anchors. 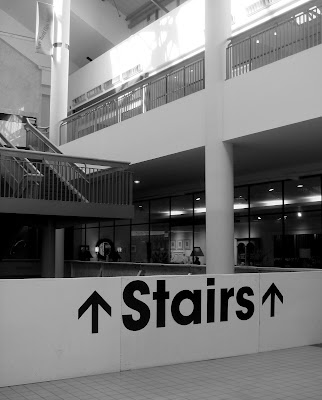 No more than a short month plus later, The Caldor Rainbow returned and retrieved many images, thanks to a recent report by Joseph that the center is transitioning. Along with this revelation, Joseph made particular note of a few changes happening, upon a night visit with his own "poor cellphone picture quality" accompanied images. Here's what Joseph had to say: 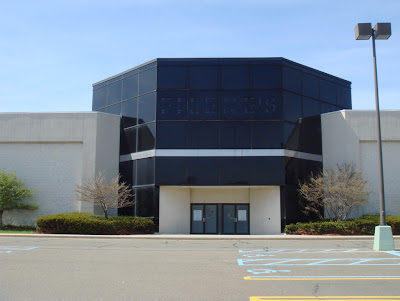 And plans for the year plus vacant Filene's? New anchors or not? He also supposes in a rumor that "Macerich recently bought the former Filene's [at Danbury], and they plan on leveling it and putting a split level parking garage with a "grand" entrance."

Ever since the beginning of renovation changes, as far back as December 2006, the Sears wing appears to have been the forecast showcase area of all the new hatchlings which will become of the new renovation including the replaced fabric-shaded lighting fixtures in favor of the (former) marquee globe bulbs, new flooring; now sampled in the vacant Filene's area. Upon our visit in early May, the center is draped almost halfway in its new tan colorings as most of the rest of the center is slowly becoming peeled away including the monochromes of the former tiling.

Here's some notable changes with accompanied pictures from our recent visit on Monday, May 7, 2006. 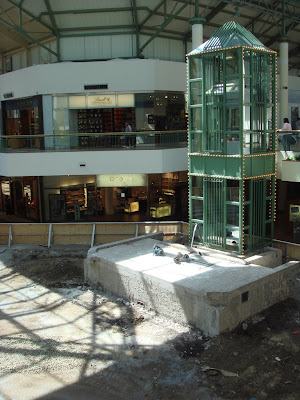 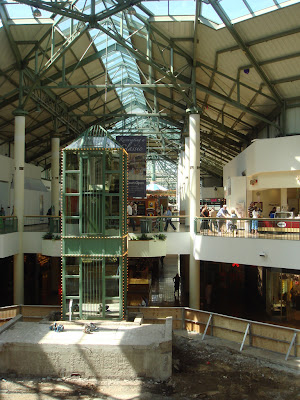 ACCORDING TO THE CONCEPTUAL IMAGE, MACERICH PLANS TO KEEP THE FORMER STAGE AREA FOR (YOU GUESSED IT!) SEATING. 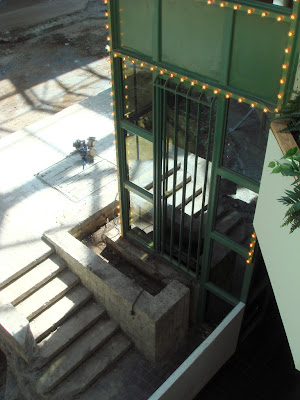 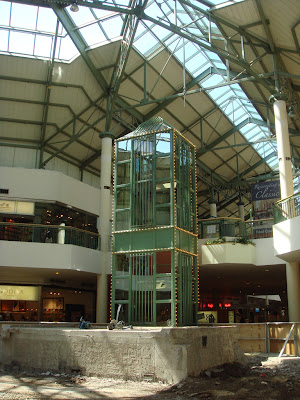 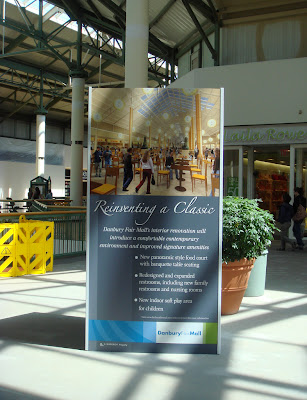 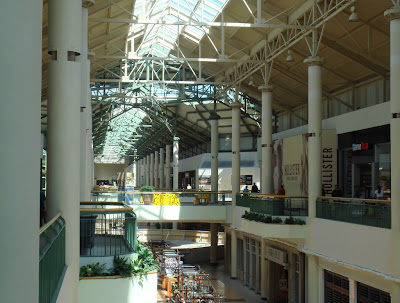 PORTIONS OF THE CEILING HAVE ALREADY BEEN PAINTED TAN; THE CENTER'S FUTURE TONES 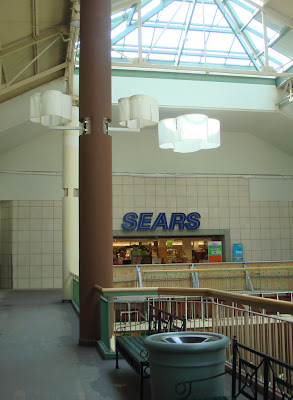 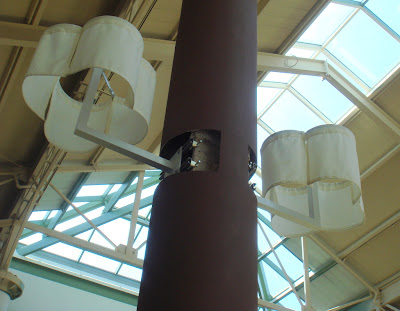 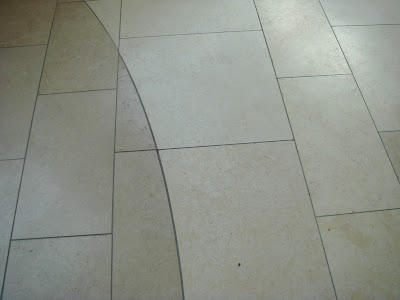 A SAMPLE OF THE FUTURE FLOORING; QUITE A 180 DEGREE TURN 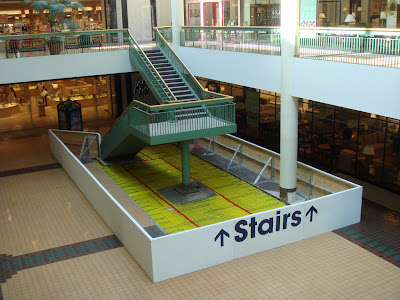 "STAIRS"; AND THE LAST REMAINS OF MANUAL STAIRCASE TO SOON BE UPROOTED 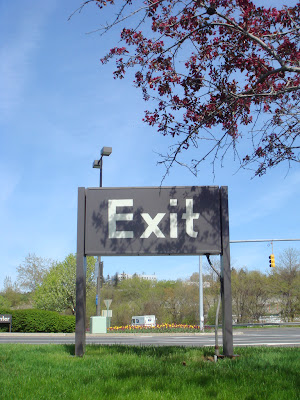 ORIGINAL 1986 ROAD PYLONS HAVE YET TO BE REPLACED

We'll likely return by July for updates. Until then, if you've got news, information or images, please send us your stuff. The site itself is sharing a few conceptual renderings (as well as photos) of the center's future look in high-resolution, as well as our complete gallery of images taken on May 7, so don't miss those for perspective.
ARCHIVES
Danbury Fair: "Reinventing a Classic" (March 30, 2007)
Danbury Fair Mall Renovates by 2008 (December 2, 2006)