From May to Macy's 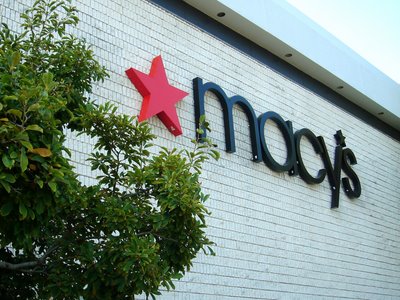 May Department Stores was once responsible for many popular mall-anchored department stores such as Lord & Taylor, Filene’s (Boston-based) and their many acquisitions of regional offsprings such as Hecht’s, and Kaufmann’s (New York-based) over the last century plus. In 2005, May Department Stores were acquired by Federated Department Stores, another once rival giant who owns the more upscale Macy’s, and the even more upscale Bloomingdale’s. As a result of the acquisition, Federated prompty chose to brand all of May’s string of department store chains and names which includes Filene’s and names under one successor: Macy’s. If you’ve shopped a Filene’s, then-owned by May Department Stores, the company who acquired the former G. Fox and Sage-Allen locations (which originated right here in Hartford), you’re basically shopping at the same stores as you’ve been going to all along. But there are some differences within... 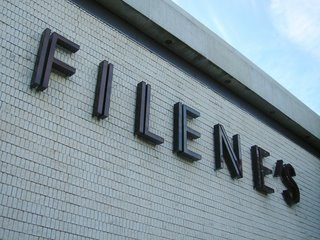 Farewell to Filene's; taken weeks before the transformation.
What’s the real difference with the merger? Store interior designs have changed a bit; mostly in regards to Macy’s promotional banners and signage in and out of the stores. Facades have been repainted and some restructured (although varied in some locations) and prices aren’t quite as heavy as Macy’s have been known to charge in the past. Selection? The same trendy brands Filene’s has been offering over the past years. Presentation wise, you might not be able to tell anything beyond marginal differences here and there. The personality of many of these stores, including Filene’s, some of which many people including myself have grown up with have now been uniformly rebranded in Macy’s name which kicked off officially on September 9, 2006. 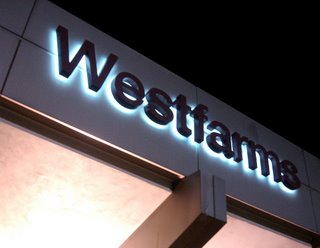 The Westfarms Mall; located between Farmington and West Hartford, Connecticut was host to original Hartford-originated G. Fox and Sage-Allen stores before their fallouts in the early 90's. 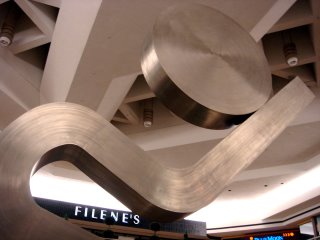 The final weeks of Filene's brand, originally G. Fox in front of one of the two monuments built here since the 1974 opening. 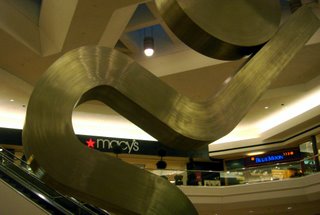 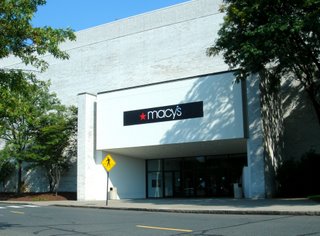 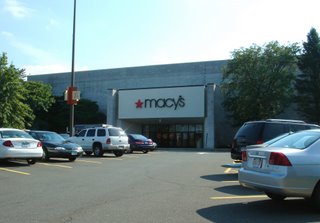 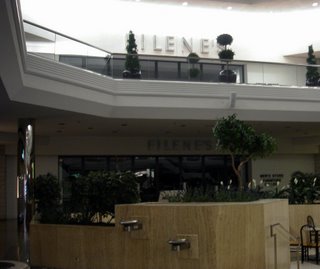 The Filene's Men's Store/Furniture Gallery operating in the former Sage-Allen space. This photo was taken after mall closing hours and months before the Macy's rebrand. 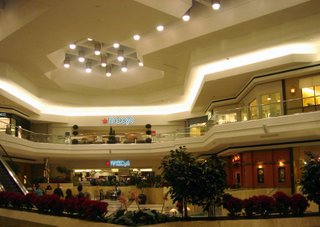 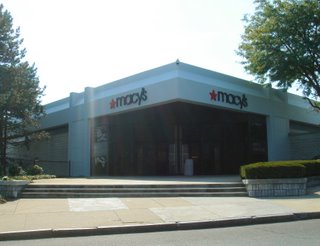 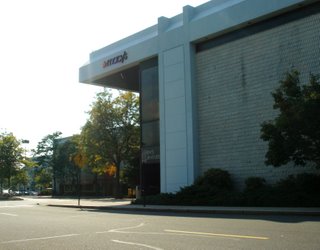 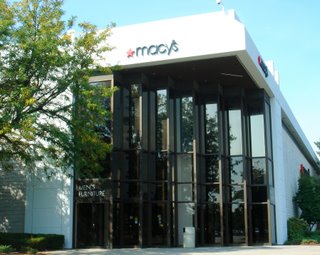 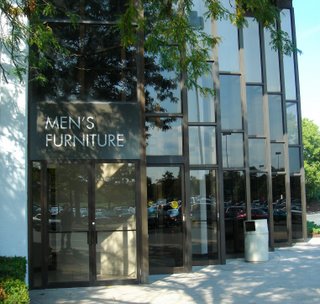 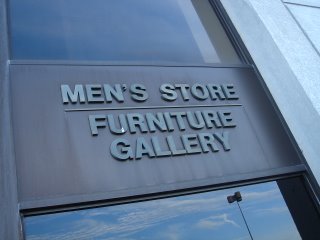 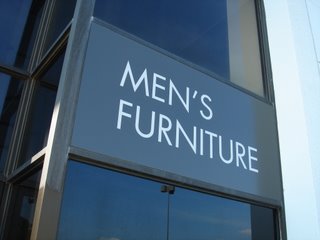 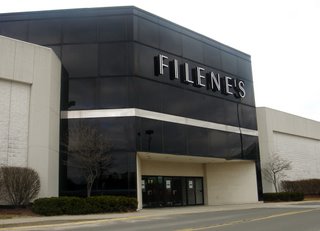 The now vacant Filene's at the Danbury Fair Mall; a mall which hosts an original Macy's. Photo taken earlier this year, the building now features stripped away signage. 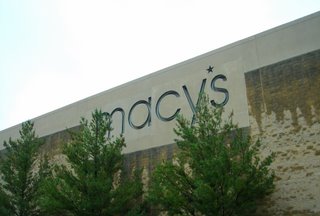 An original Macy's at Danbury Fair Mall also one of only original stores in any mall in Connecticut. 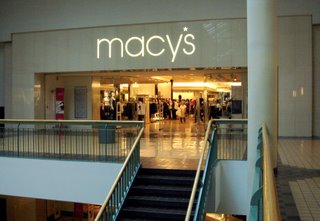 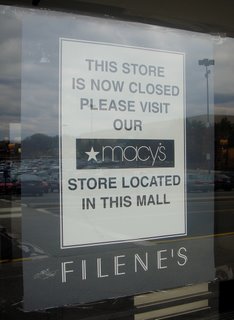 The former Filene's at Danbury Fair Mall still without a known replacement anchor. 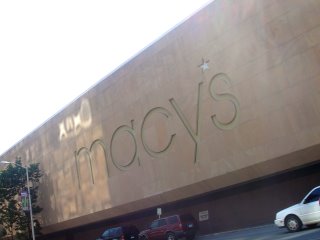 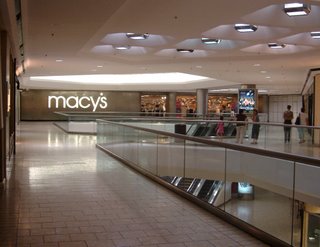 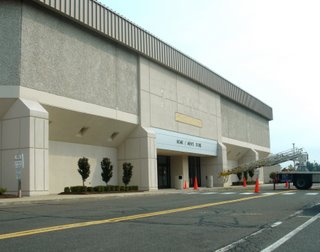 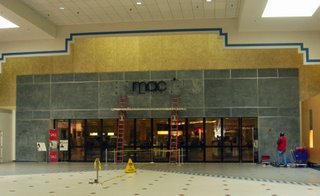 Macy's sign being assembled at the former Filene's Men's Store at the Enfield Square (formerly known as Westfield Shoppingtown at Enfield). 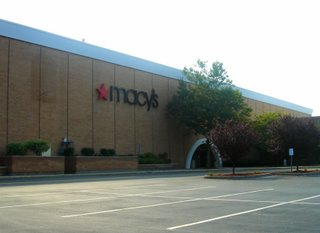 Another exterior entrance with "rainbow" arch entrance throwback to original 1960's design of the mall. 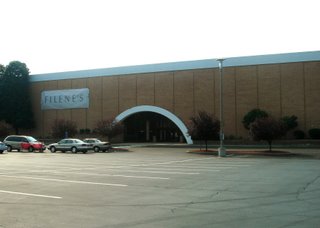 A Filene's tarp just before pre-unveiling the company's uniform brand outside the exterior entrance. 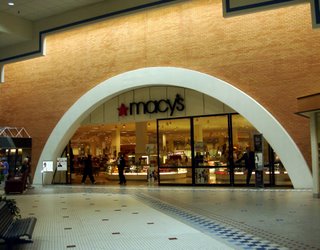 An unusual "rainbow" style facade on a former G. Fox, to Filene's, and now Macy's inside the one-level Enfield Square. 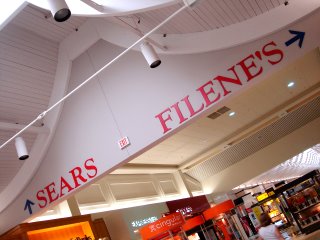 Soon to be removed signage at the Auburn Mall in Auburn, Massachusetts. 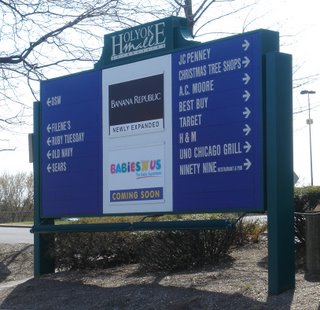 The last notion of Filene's on this road pilon at the Holyoke Mall in Holyoke, Massachusetts. 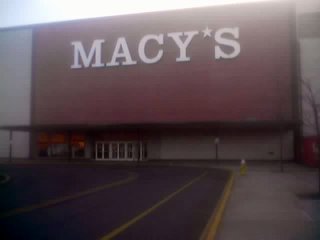 An unusual Macy's facade at the Sunrise Mall in Massapequa, New York (Long Island) which was not Filene's before (Photo credit: Michael DiMaio).
Posted by Nicholas M. DiMaio at 5:19 PM 1 comment: