Chronicles of Caldor To Stew's 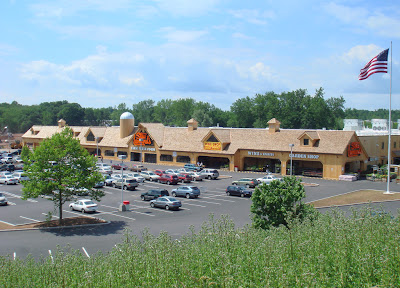 Spring has come, and Stew Leonard's has finally opened the former Caldor on the Berlin Turnpike in Newington, Connecticut. It's been a long time in the making -- luckily we were there for it all.

Many of my readers may not understand my kinship to the building at 3475 Berlin Turnpike.

I've seen it come, go, and grow into what it is today. Like many of those who drove by it daily, saw a nearly vacant plaza once hung by Caldor just sit by for almost seven years as prospective buyers passed up a tough to sell area of the mighty Pike.

Coupled with my first digital camera (since departed) and the spirit of an amateur shooter, I made way to a familar site; the almost notorious, defunct Caldor site in Newington. 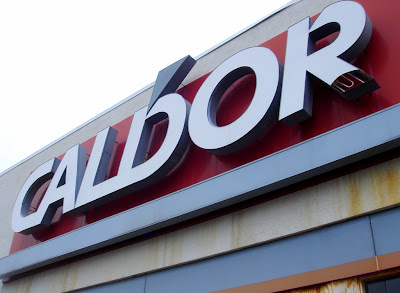 Beginning in February 2006, I became enthralled with capturing what amounted to be Connecticut's last remaining Caldor. As months passed, I soon caught word of certain fate planned for a historically ill-fated site and the coming of Stew Leonard's fourth store and a future set in stone unlike a few other proposal before it which had failed. Thus, I established a project then having no official name but was nothing short of a goal. A goal whose since shortly after morphed into a project: "From Caldor To Stew's"; an introspective photography project tracking the progress of a long-dead Caldor building and to watch it resurrect into something greater, something desirable once again. 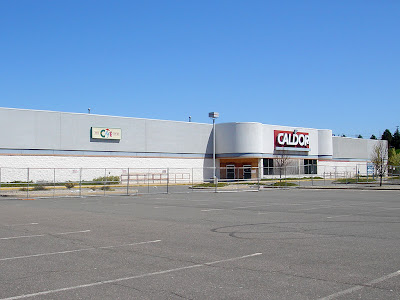 A TYPICAL DAY AT THE VERY EARLY CONSTRUCTION ZONE STAGES OF CALDOR TO STEW'S IN LATE APRIL
Caldor, which opened its Newington store in 1994, fell on hard times when the chain, who entered Chapter 11 bankruptcy one year later finally closed all its stores in 1999, leaving a ripe store on the Berlin Turnpike to suffer through more of its afterlife in vacancy. The store model was adherent to those built as part of the company's 1990's expansion with two large entrance pillars and stretching window panes in the middle to give the chain's newer stores more natural light; something which was lesser considered on older discount department stores in general. The new wave also prompted the unveiling a new logo and brighter color scheme (departing from all things toned around brown and orange) amongst other interior modifications like a "Cafe Court", or snack bar area, and even a Carousel. The Newington store was also unlike the droves of other aging, remaining stores located around the state.
Ever since Stew Leonard's announced their plans to turn Newington's short-lived Caldor husk into a "Fresh Farm Market", I was on the case for almost every step. Approximately one year away, we saw the little things to colossal changes, and ultimately many questions answered. One of them centered around demolition plans: when would the orange dozer come through a take the place down? Never really happened. Most of the store's skeletal remains stuck with the future of Stew's, a little known factoid. 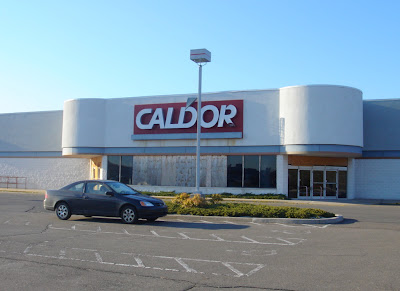 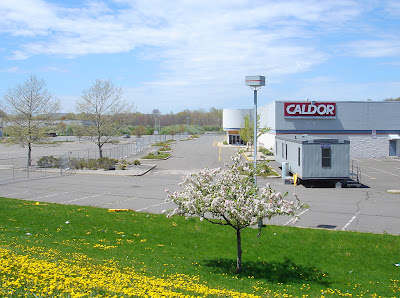 Mid-Summer was undoubtably the highlight of findings and intrigue for the project. I'd make my trips down to the Berlin Turnpike, preferably on Saturday and/or Sunday evenings but as you'll find, all times of day and night throughout. We encountered the best and worst of weather as well during our reporting: from gray days, glaring ones, even got caught in a downpour or two, but was also lucky enough to be able to be there on silent, peaceful albeit humid Summer evenings when the entire plaza was, in a matter of speak, all mine.
When Toys "R" Us had closed at 6, and all the building's workers were at home readying for tomorrow's day of construction to continue. We eventually skipped the fence and secured some elusive interior photos and with it, managed to make away with some souvenirs like leftover receipt paper sitting in a pile behind the fenced, gutted building. 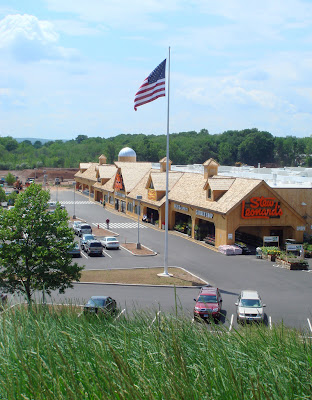 By intimately documenting stages of its early transformation to the days before Stew's ever sunk its "coming soon" pike out front to the current day of Stew's enabling Newington Fair to flourish once again. I sunk my efforts into the project and a very intriguing experience I can now look back upon. Now, I would like to share my quest all of you in a project I am very proud to have been apart of. In addition, I look back and see how I've evolved as a shooter while watching this place grow and evolve. 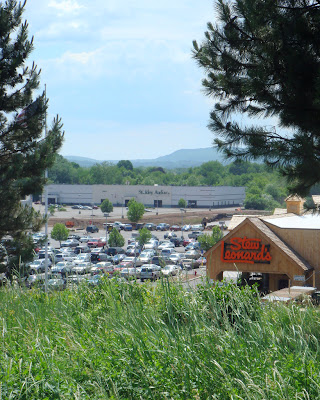 We've reported on the story of The Newington Fair aplenty, and the progress it has made in just one year. Stew's is doing very well, and has successfully made a future for a plaza of fallen promises thrive again. Currently, the clearing is being made for Sam's Club to establish itself somewhere inbetween Stew's and Stickley Audi & Co. (a former Service Merchandise), additional freestanding retail and the rumors continue of Toys "R" Us renovating its current store, which replaced Heartland Drug in 1996. 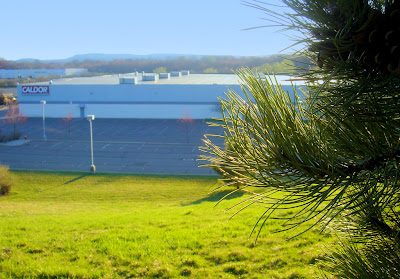 While we haven't brought ourselves to the attention of Stew Leonard's staff, we've assessed the store on a few occasions. We have chosen to respect their wishes not to shoot pictures (with the other mere factor of their being many eyes) inside the store. I've got one better for ya, go check it out for yourself and see why Stew Leonard's isn't any ordinary place to shop for more than just food.

ATTENTION: Yahoo! has recently announced the closure and discontinuation of the photo-sharing host, Yahoo! Photos. To our dismay, this means all of our existing albums, which were hosted on Yahoo! will soon become defunct. However, we have chosen to transfer all of our albums to Flickr, a subsidiary of Yahoo! where all of our previous albums will be able to be viewable in the future, and in much better quality. In the meantime, we apoligize for the delay and will inform you when the transfer is complete.
RESOURCES
Stew's in Newington: Arriving Fresh in April (April 12, 2007)
Newcomers in Newington (October 7, 2006)
Posted by Nicholas M. DiMaio at 4:38 PM 16 comments: