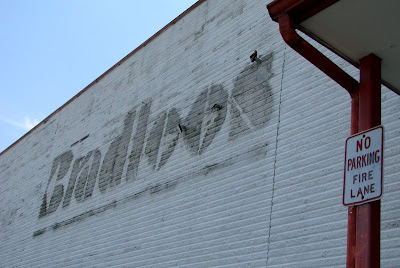 It's not easy for Jersey residents to forget the eight-year defunct, Connecticut-originated Bradlees discount department store chain -- especially when they're reminded of its history as Two Guys or just seeing the sites upon passing to work or in everyday travels -- like one in Hazlet, New Jersey. 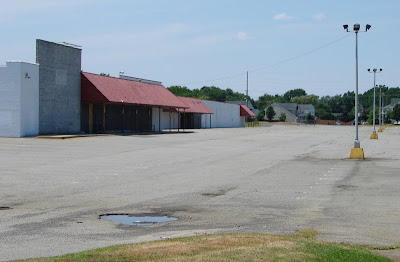 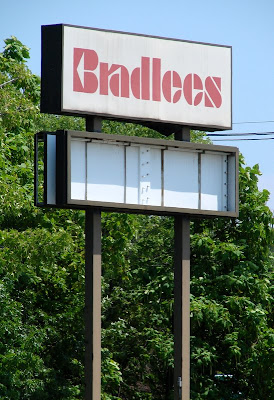 Located on the Poole Avenue-Route 36 split, the withered, cracked pavement, red-shingled topped plaza sits as its done for almost eight years and counting. Anchored by Bradlees, the late New London, Conn.-originated discounter, is one of five remains of the late chain in New Jersey which max out any other state where Bradlees entered.

The semi-boarded up, wasteland plaza along the much traveled arteries sits in the back (and front) yard(s) and for many locals is serves many travelers as a peaceful rest stop where few venture. 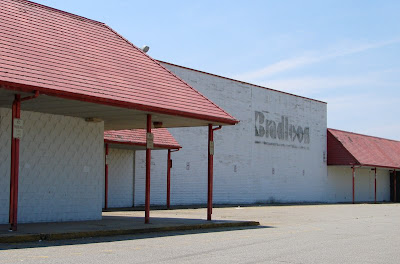 A scarred "Bradlees" logo is burned onto the white-painted brick husk with a nearby, seemingly active looking road sign. Above is a cavity of sign placement, once shared by co-tenant Foodtown, a local grocery chain who moved out shortly after Bradlees collapse. Since, the eyesore plaza has faced many difficult years attracting enthusiastic tenants, its value and property declined began before neighboring tenant Foodtown closed up in April 2002, a year and a half following Bradlees closure, citing the plaza's landlord being unreasonable to strike a deal to renew its lease in the half-vacant lot. 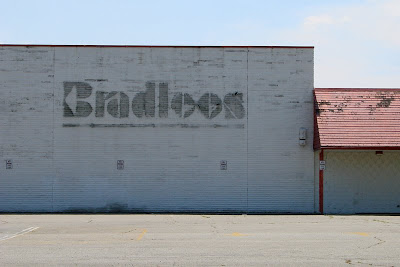 A couple weeks back, The Caldor Rainbow took a rather costly jaunt down to the retail-saturated New Jersey to capture one of the state's many leftover, vacant Bradlees sites. Well I for one didn't expect it to cost $8 to cross a traffic-congested George Washington Bridge (amongst other "penalties" for missing exits, toll booths... I digress). 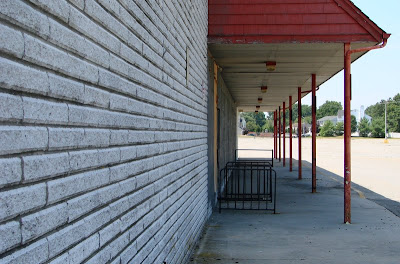 Besides Hazlet, a slew of other remaining sites exist: Toms River, Woodbury and Bordentown, specifically leave their vacancies behind with largely unclaimed territory. Other sites recently vacant have found new futures, like one in Ventnor City, which recently became a subdivision of two smaller retailers and ones in Turnersville and Stratford, both formerly Jefferson Ward, a fellow fallen Jersey-heavy discount chain Bradlees also swallowed upon its expansion in the early 80's. Both have found new tenants in mixed fields, one a black-painted closeout chain and the latter a medical facility, still donning the recognizable white-and-red tones. 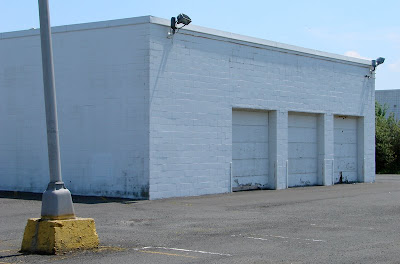 Though much speculation has gone around about the future of the site, it ultimately remains unknown. Anyone who might know more about the history of the site, shine some light on it by dropping a comment.

Find out more about Bradlees, specifically on our extensive spotlight in our hometown of Connecticut or our other recent session in New City, New York. 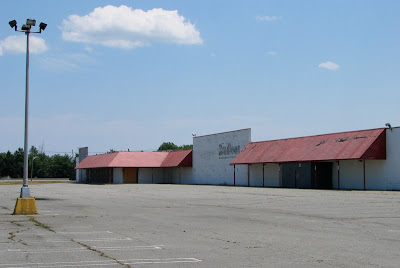 Just a minor announcement folks, I will be away from August 7th through August 15th. In my absence, enjoy the complete gallery of photos taken of the vacant Bradlees site in Hazlet, New Jersey and others you might've missed on our Flickr.
Posted by Nicholas M. DiMaio at 11:30 PM 36 comments: