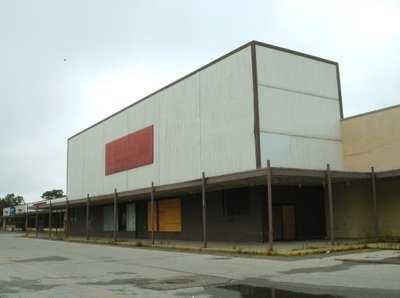 I first heard about this troubled site on The Ames Fan Club forums from someone who took a slew of pictures from a dead plaza long before I discovered it was out on Long Island. To this day, there lies a nearly dead shopping plaza on the corner of Sills Road and Montauk Highway in the somewhat dilapidated town of Patchogue. The plaza was formerly anchored by now defunct Caldor department store and Pergament Express hardware store with signs of life within a transformed Eckerd, formerly an independent drug store.
While the site begs to be torn down for many proposals, one finally passed as the future site of Lowes (Home Improvement Store), the husks of both anchors and a small eyeglass business Vision World sit as many Long Islanders pass the rotting old site which serves as a breeding ground for very large birds (and their very large nests). 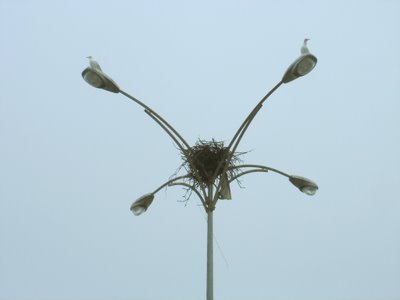 Located in the high traffic Montauk Highway in East Patchogue, it seems the town cannot dispose of a troubled site. 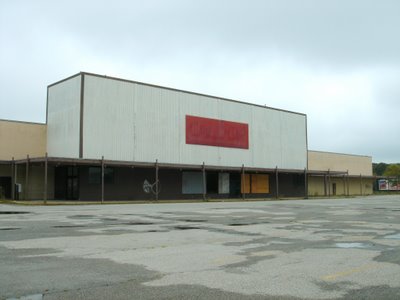 By far, one of the most doomed, still standing Caldor stores in the state of New York. A report from a local claims this very site is banking on 11 years of vacancy. 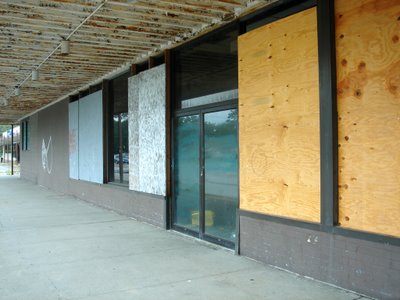 Borded up, shut down from years of vandalism. 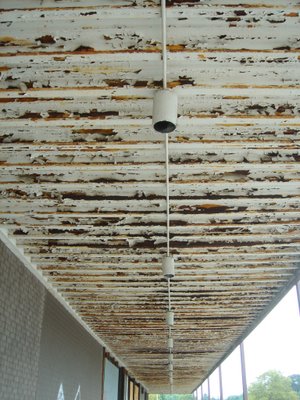 Rotted out scaffolding has probably seen many decades of the weather's deterioration. 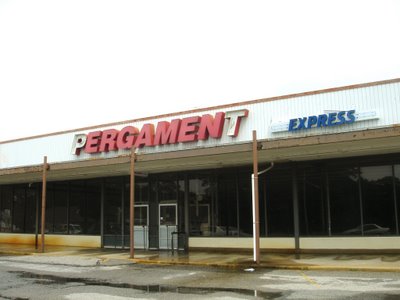 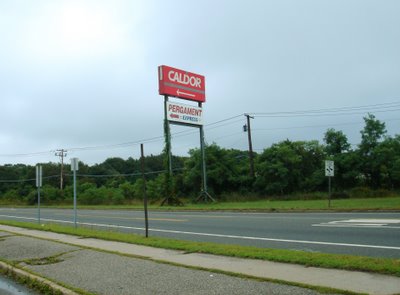 Oddly located across the street in some grassy plain is the existing road pilon. 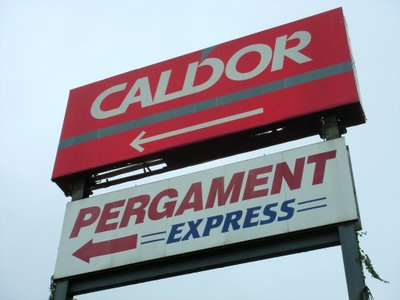 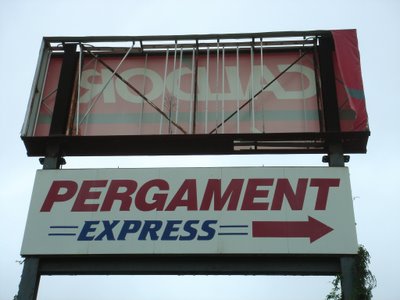 The otherside has taken a heavier toll.

While I didn’t find a way inside the Caldor like these guys did, I managed to score a slew of perimeter photos from the site and surrounding it. You can find the more extensive photo gallery over on Flickr from both visits in August and December 2006.
Special thanks to my brother Michael DiMaio for driving!

RAINBOW RADAR UPDATE (7-28-2008): The site has been completely demolished for Lowe's Home Improvement, coming in Summer/Fall 2008. Click here to see an updated report.

It's not easy getting started especially since I've been waiting for my recovered harddrive from The Geek Squad at the Best Buy in Patchogue, New York. Getting a new computer has helped, but only in the slightest for now. I've envisioned a plan for how I've wanted this to work out seeing as I've been relucant to write a "blog" for the longest time. In reality, I've discovered this this probably the easiest way to have my retail journeys set in stone.

So, once things return to normal and 40 GB of my recovering harddrive return, I'll try and regularly update with everything I've done since March 2006. Until then, most of my works are on The Ames Fan Club network and message boards or pictures which are located on Facebook.