Woburn, Massachusetts Toys 'R' Us Gets The Blues 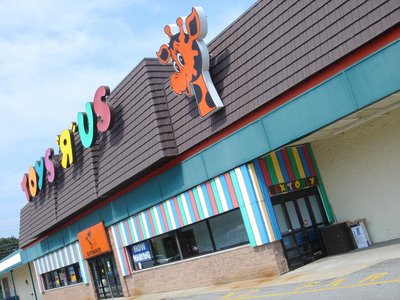 Currently home to one of the oldest, original Toys 'R' Us stores lasting today in Woburn, Massachusetts; an upper-middle income suburb located just outside Boston, received a slight repaint job Fall of this year. 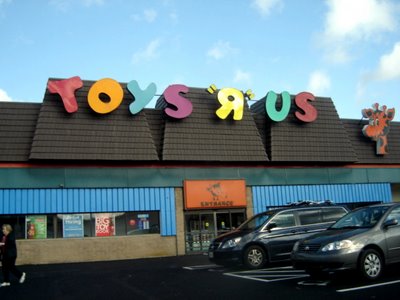 The store, number #7506, has been well masked in the very back of Horn Pond Plaza on Cambridge Street / US-3 for a few decades now, sweeping by while other stores in the area were shuttered in the company's closure and conversions of 87 stores countrywide. Until this Fall, the Woburn store originally kept in it's 1978 design and charm; draped in rainbow-striped colors most early stores around the late 70's~80s contained but abandoned by the early-to-mid 1990's in favor for modernization and into other building styles. The building, surprisingly well-kept to this day, presumably before the decision to go blue kept in shape with regular touch-ups and paint jobs - now no more. Let's face it, browns and happy colors are no longer indicative of Toys 'R' Us's once jovial image. 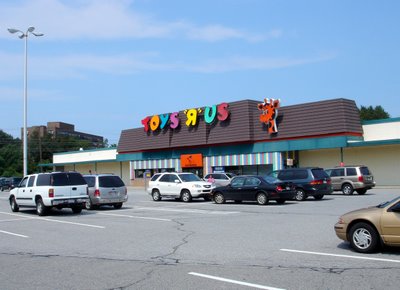 Earlier this year, we took a trip to Massachusetts twice taking a great deal of photos from this historic store now tarnished blue-striped paint job. Apart from what appears to be a minimalist remodel and plaza repaving, the store still contains many signature elements from an era long past including the brown-shingled roof, building signage including non-replaced star [backwards] 'R', and enormous fiberglass mascot Geoffrey; all phased-out around the millennial redesign of the stores from the traditional Jeoffrey-centric Toys 'R' Us image. For how much longer will these last here at the Woburn store? 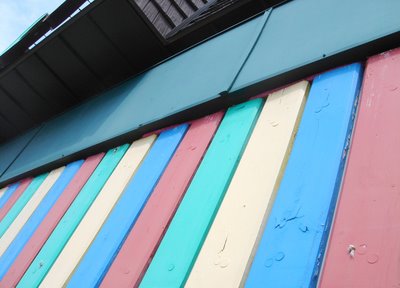 Some other stores which still have not converted, for unknown reasons, are in Clay, New York (Northern Syracuse); Horseheads (Elmira), New York; York, Pennsylvania, and Bloomington, Ohio. The Woburn store is the only Toys 'R' Us left in the state of Massachusetts which favors the original store design. 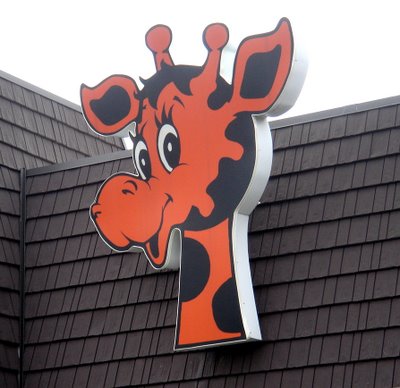 More like former mascot Jeoffrey; most of his imagery has been dissociated from most Toys 'R' Us stores today.

The Caldor Rainbow would again like to credit Daniel Fife (also known as d_fife), who regularly posts on The Ames Fan Club forums for submitting this and much more information on many retail stores around the U.S. 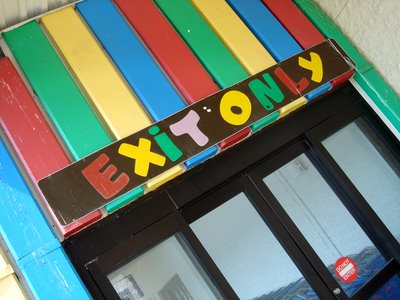