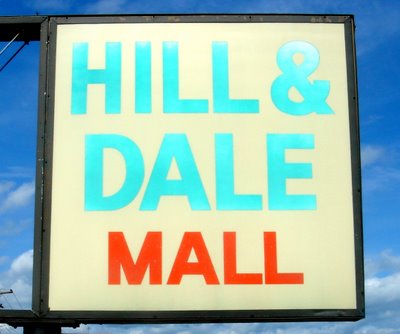 I first saw the Hill & Dale Mall while looking for food (or a Papa Ginos) on the way back up to New Hampshire via I-91. Located along the uppermost retail drag on King Street / Route 5 in Northampton, right off the interstate (but not visible), and not even a mile away from that unusual plaza, the Hill & Dale Mall is sits along the bustling road beside some smaller active businesses a completely vacant eyesore. By definition, the mall sits dead as any sign of commerce has vacated the vegetated property for what seems to be many years. 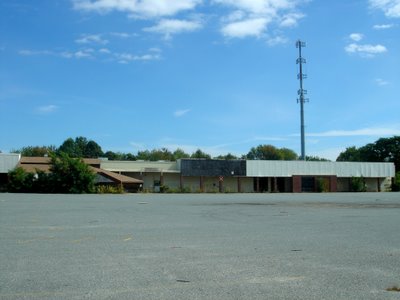 Do not be misunderstood, like the name says, this mall doesn't fit the definition of a typical shopping mall, but more or less a strip mall lacking the volume of a conventional indoor mall containing only a few parcels along a strip. While Northampton itself doesn't have any nearby mall competitors, aside from the neighboring mammoth Holyoke Mall at Ingleside in Holyoke and the "twilight-era" Hampshire Mall in Hadley (which is about five miles off the interstate), reasoning for the mall's demise isn't quite certain. 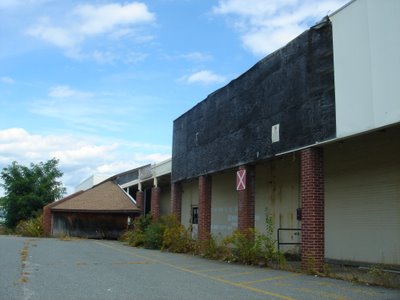 While there's not too much history on the bygones of the Hill & Dale Mall, it was at one point, host to two anchor stores; a Price Chopper Super Market, what looks to be a restaurant and maybe some smaller stores with plenty vestige of decay. After one of the plaza anchors called it quits, a flea market moved into one of the available properties on the lot which shuttered in late 2003 for some obvious reasons. The property now provides relief for truckers, which is prohibited but not exactly enforced. It appears there were rumors to move in a conventional strip mall with some recognizable chains, but that idea seems a little far off now. 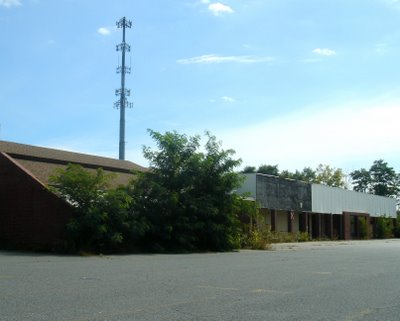 Here's more pictures, all taken a few days ago while passing through Northampton. 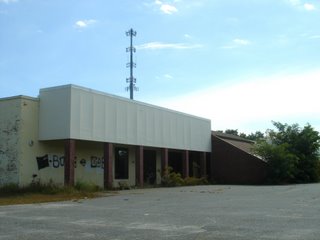 The left side of the beaten down strip mall and it's mystery former anchor. 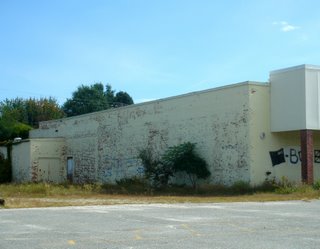 The left side of the building shows a considerable withering paint job. 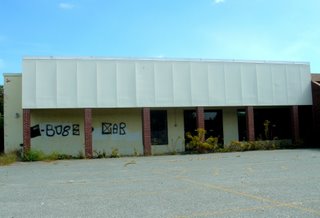 The left side entrance to an unknown anchor. 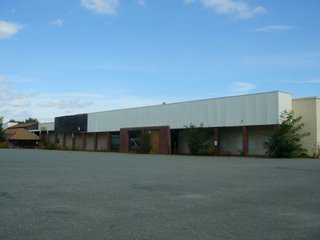 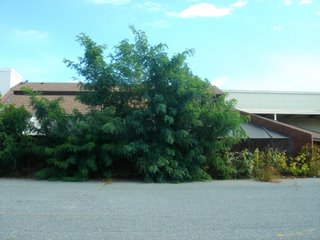 Seen faintly behind a troublesome out-of-control tree was a sunroom-style area. 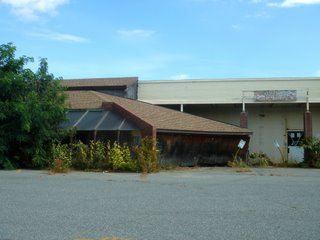 More of the sunroom, blocked heavily by overgrownness. 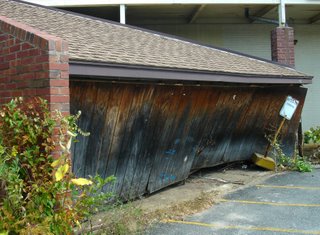 Seemingly crashed-in and boarded up area which might've been a window. Unusual roofing and such predates this building back to the 1970's. 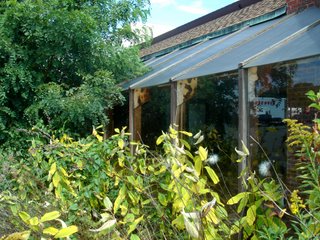 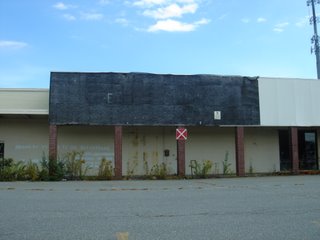 A black tarp covers something over the Price Chopper space. 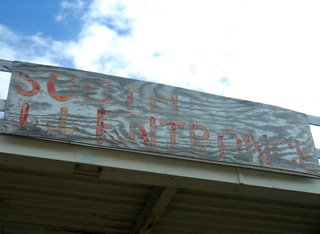 "South Entrance" into the unknown. 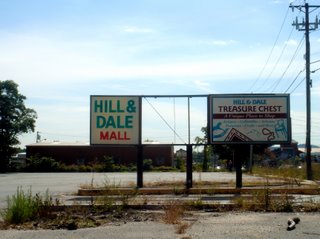 Remaining plaza signage, as seen from the road.

If anyone remembers Hill & Dale Mall, and what it might've been, by all means feedback provide some insight.
Posted by Nicholas M. DiMaio at 6:07 PM 13 comments: