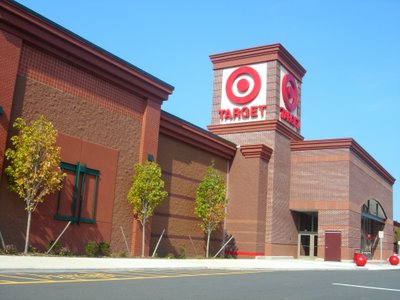 Just this weekend, I spoke about a red globe-style lamp, as part of Target store’s now phased Independent Studies line of artsy-fartsy stuff that was on clearance and out of sight at all my local Target stores in Connecticut. Upon my most recent trip far up north, where you’ll have to drive a half hour for a Wendy‘s (if you’re lucky), in nearby college town of Keene is the southern New Hampshire center for all things New Jersey. Namely, the decadent American epicenter far among stone-age surrounding towns on the Mass/New Hampshire border (example: Northfield, Massachusetts where Wal-Mart won’t be building a store for better or worse). I digress. 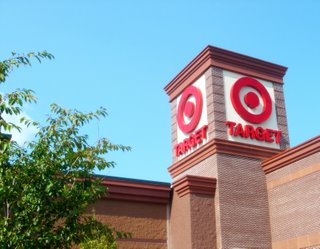 Target of Keene uses a fancy faux clock tower theme reminscent of the one found at Bristol Commons.

If you hadn’t guessed, the newly-built Target store in Keene was host to not one, not two, but four of lamps found in various clearance gondolas about the store. 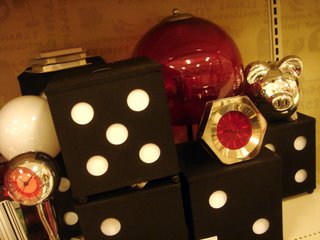 Here's one hiding in the back of vinyl dice lights, and other groovy funk (even the metallic pig) 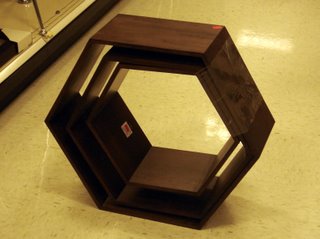 Hexagon shaped shelving reminds me of The Odyssey Restaurant at Epcot in Walt Disney World. 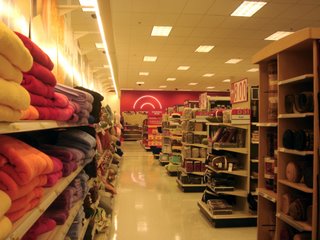 Target of Keene is one of those later designed stores which (arguably) throwback to the Caldor Rainbow with neon signage of a half-bullseye. 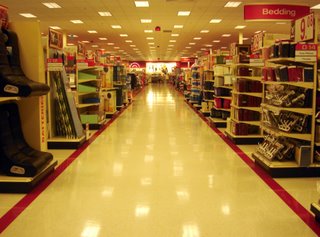 Inside Target of Keene is typical of most store's clean, sleek, organized interior. 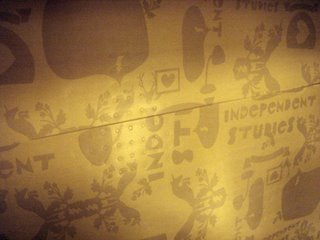 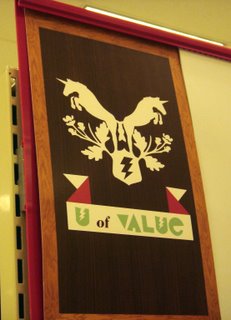 Not mysteriously "U of Value" aimed at college students, trendy lifestyles and trojan horses. This is not a condom ad, pervert.

Once the lamp was secure in my home, it was time to do an examination of it's space-aged, simple, economic style modeled after the style of the 70's. Without a doubt, it reminds me of space-age lounge-jazz music. 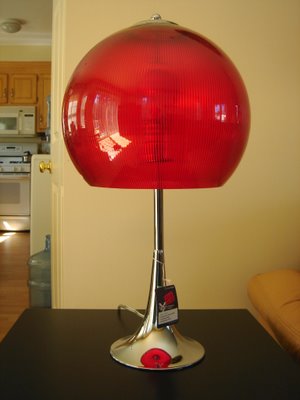 The lamp shines with a groovy 1970's flare. And I'm not talking about bellbottoms. 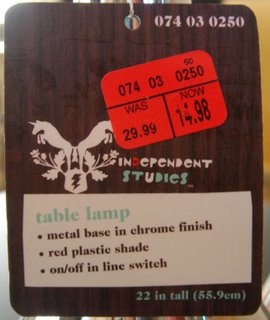 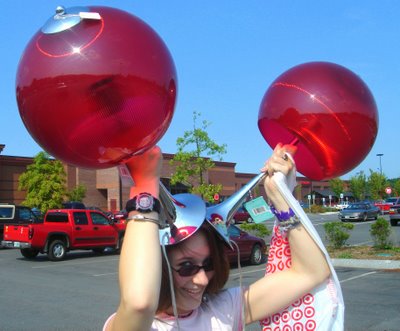 Renee dramatizes many ways in which these marvelous novelties can be used. Space aged insect invader seen here.

In case you wanted one for yourself, you probably can't have one and won't find one. It's not available on the website, but there might be some left and marked down even more in Keene Target. You might just have to steal your own Chinese slave to make you one.
Posted by Nicholas M. DiMaio at 11:47 AM No comments: