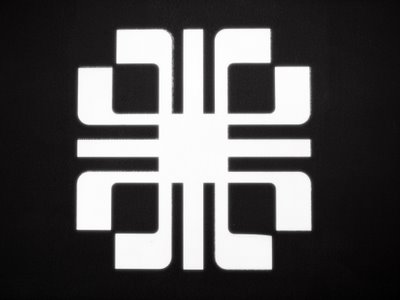 In lieu of the recent Macy’s changeover at my local hometown mall, The Westfarms Mall, I began thinking about the history of the many eras the mall and I have gone through. I began thinking about stores that used to be in the there within childhood memories and the expansion wing which never made the mall feel completely the same as the removal of the center court fountain in 2001. After doing some brief searching on anything I could find about the mall, I came across a page I must've missed upon recent browsing on fellow Blogger and mall enthusiast Keith Milford and his Malls of America website and found an incredible photo of the Westfarms Mall around it’s conception in the mid-1970’s. Has much changed? I surely remember that black "information" tower and the now hidden "Westfarms" emblem on it still at the mal albeit scattered all throughout inside and out.

If you'll note, see the angle this picture was taken (on the former second level, in front of the former Sage-Allen now Macy's Men's/Furniture) and spot the differences from then and now. See the beloved fountain behind where the old stage was; now a seating area. Thom McAnn (shoe store) where Build-a-Bear is now. A store named Vanguard is where one of the billion jewelry stores is at the mall. Two unknown stores are now filled by the double-sized Abercrombie & Fitch, while Susan Terry is now Bebe. The Lord & Taylor wing is completely nonexistant as it was built in the early 80's and the information tower has relocated to the Macy's side of the mall instead of inside the center court. While I remember those wooden-handle bars and red carpeting, the green floor tiles I do not, while the center court's I do, as they were replaced not too long ago. What you can't see in this photo is the movie theater this mall once had across from Hakky Shoe Repair, one of the mall's longest running active tenants today.

Update: You can see how Westfarms looks today compared to how it looked then by a postcard we received from dating back to the mid-1970s.

You should flesh out the Wikipedia entry with some of this!
http://en.wikipedia.org/wiki/Westfarms_Mall

That photo brings me back: the mall was so Logan's Run. I miss the fantastic fountains. My entire childhood I lived in fear of the main fountain's black hole of a drain.

Where are the pics of Westfarms? I was interested in seeing those.

I've edited the page with links to a gallery of Westfarms today and a bonus vintage postcard I've scanned. You'll note the dates on the Westfarms of today is from 2006 to 2007, updated often.

I put my Westfarms memories in the wrong post. Oh well. Still, your site brings back so many memories. I can talk about the old WFM for an hour. She was cool back in the days.

While in high school, in the Spring of 1976, I was the Easter Bunny in the center court of the Westfarms Mall, alternating the role with my best friend Mary; one of us took Polaroid photos of uncooperative kids-on-lap while the other was the rabbit. We both dreaded every claustrophobic minute inside that thick, sticky, dirty-white fake-fur polyester costume - but were delighted to make three dollars an hour, quite a bit above minimum wage then. Two summers later, I worked at Westfarms during the daytime in the G. Fox housewares department while rehearsing evenings with a local summer theatre company; sleep-deprived, I used to sneak into the back stock room on my brief breaks and nap on gaudy green leatherette bean-bag chairs still inside their huge pre-sale plastic bags (co-workers thought I was crazy, though I was merely young and resourceful - and so very tired). I'm now a playwright in Manhattan, enjoying your website as I research and retrace 70's memories. Thanks for the postcard picture; I'd forgotten about the fountain. I've been trying to remember the name of the second-floor makeup store, just above the center court, in which all the walls were lined with countless little canisters of facial colorings to sample; I never made a purchase, nor did I ever witness anyone else doing so, but I dipped my fingers in plenty of pots, always wondering why the pretty tints looked so strangely awful on my skin and how on earth they paid their rent.

Gosh, there's a great deal of useful material above!

A friend worked at The Pie Plate at Westfarms in the '80s and told horror stories about it. There was an older cook there that got off on screwing with people's food.

There were stories of pubic hairs being up in the soup, windex sprayed on cooking hot dogs, gross weird stuff like that. The pies were baked someplace else but we were warned against ever ordering anything that was to be cooked there.