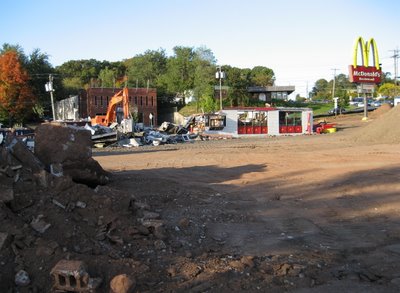 The last year has seen a load of change along the Newington side of the Berlin Turnpike. Many sites along the traffic flowing Routes (US) 5 and (CT) 15; both historic and long-troubled vacancies will see a brigher, prospective near future. Some of those historic sites; including one Hartford Drive-In theater, totaled for housing and now, across the street at one of Connecticut’s oldest McDonald’s restaurants which will finally undergo a much needed renovation plan. The project includes building a new super-sized restaurant on it’s former site and the one of a neighboring years vacated Dunkin’ Donuts, which will include a Playplace, a staple attraction at most restaurant and something this particular location hadn’t featured before. 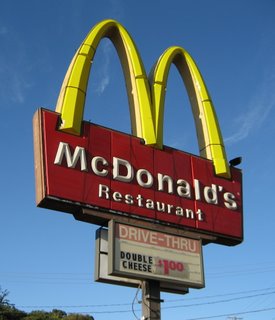 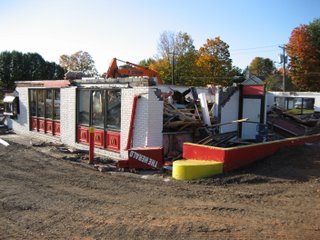 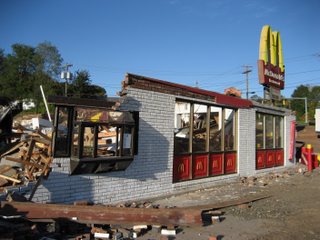 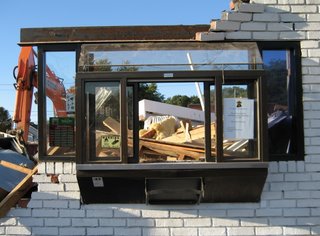 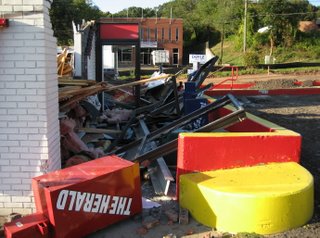 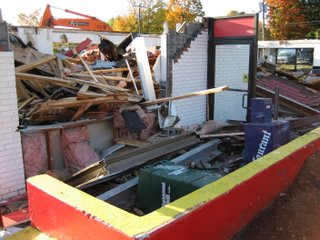 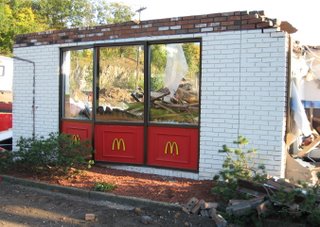 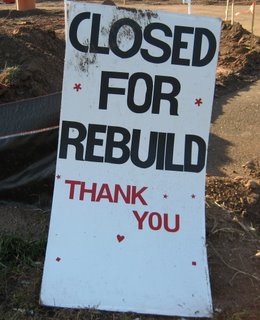 McDonald's future site has a long way to go but the outcome will apprechiate the ever-changing Turnpike. 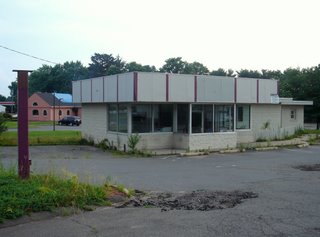 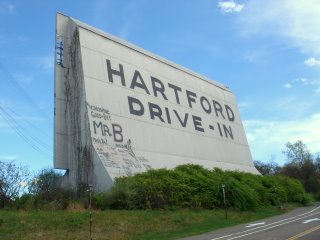 May 4, 2006 - The Hartford Drive-In, even in it's vacancy, was a monument of Hartford county's history along the Berlin Turnpike. 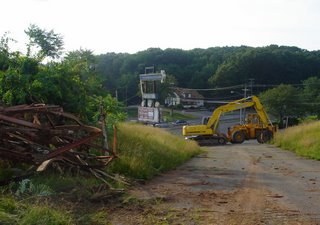 July 5, 2006 - The end of the Hartford Drive-In, the end of an era, and history along the Berlin Turnpike. 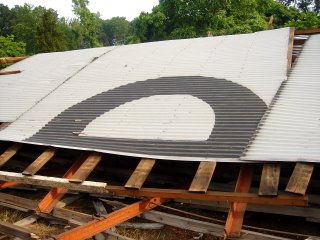 The Newington Fair
Another site which will see future traffic is the troubled site of the former Caldor department store on the Berlin line along the Turnpike, in the Newington Fair shopping plaza. Newington Fair never really gained footing and throughout the years has seen next to nothing but struggle apart from various other plazas along the Berlin Turnpike. 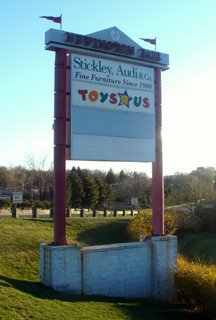 Caldor, built as one of the original store's locations in 1994, saw a closing after the entire chain folded in 1999. After seven long years, Stew Leonard’s, a local fresh farm market owner, will build his fourth Connecticut store along the mighty Berlin Turnpike which is slated to open in Spring 2007. After both Caldor and Service Merchandise went out of business (Service Merchandise actually still fronting on the web), the Newington Fair has been kept on life support by the somewhat struggling Toys R Us, which has held up very well in lieu of various plaza anchor vacancies including the Stickley, Audi & Co. furniture store which took the place of Service Merchandise in it‘s 2002 closure. Beginning next year, the Newington Fair will have it’s revival with Stew Leonard’s, and plan to revitalize the plaza including alternate access routes, repaved lot, and a prospect to relocate Sam’s Club onto the wasteland lot beside Caldor which will restore order to a long troubled, and undeveloped shopping center. 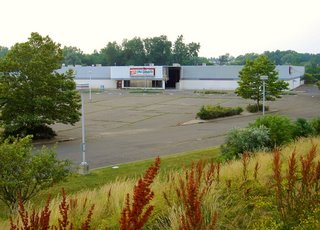 The notorious former Caldor in an early destruction phase (July 1, 2006). 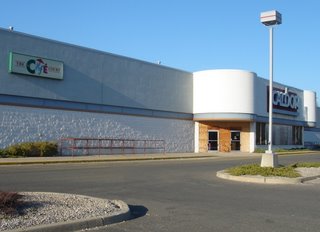 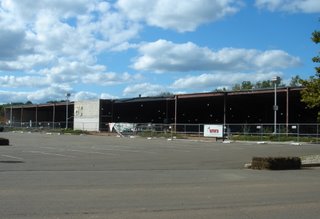 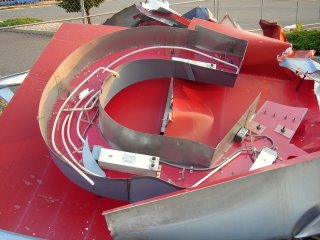 The "C" of Caldor signage, now gone.
Also seeing a new adoption will be the former site of newly built Krispy Kreme Doughnuts and Coffee which is to become Newington-branch CitiBank after only a few years of operation. Stores in Milford and Uncasville (Mohegan Sun Casino) still exist. 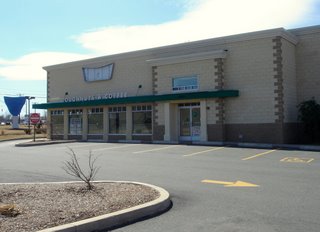 The short-lived Krispy Kreme of the Berlin Turnpike which opened in late 2002, as well as Connecticut's third store, soon to be a CitiBank.

I'm sad to see this McDonald's go, as it was one of my favorites in the Hartford area, but will be even sadder to see the Unionville one which is happening sometime soon (or never).
McDonald's photos taken October 7, 2006.
All photography credit, editing: Nicholas M. DiMaio (XISMZERO).
Photo editing: Picasa.
Posted by Nicholas M. DiMaio at 7:58 PM

It's unclear when construction will begin on the new Sam's Club in the Newington Fair. They're supposed to be going before either the Zoning Board or the Inland Wetlands Commission sometime within the next month.

Either way, I'd say the site has a long way to go. I've seen very little progress on Stew's site this entire summer most of the work being about digging up the possibly unsound substructure (which includes piping).

A Sam's Club, I thought LA Fitness and an Aldi Grocery store was coming in, not to mention a Costco. Speaking of the Berlin Turpike, great memories! Before the retro Mickey-D's, Media Play, and those mausoleums they're building in place of the drive-in.

There was a place to go on cruise night, we had 2 drive-in theaters, Showcase Cinema, and some pretty decent stores and eateries. There was a roller rink that was pretty fun. I remember Two-Guys before it became Bradless and before Bradlees became Wally World. I remember fairs on the Turnpike, movies at all three theaters. Shopping at Lechmere and Ames.

I remember opening the Newington Media Play and I was there until a year before it closed. I remember Krispy Kreme being one of the biggest things in town. That died eventually, killed by diets and Dunkin Donuts (They're great anyway.)

I remember the Pagoda restaurant, an Italian place, the statue shop, that construction place, Tom and Pat's, Luci's Fruit Stand, The Stud Shop, and The Doll Factory. They're all gone, but some of the structures remain with different stores.

The Krispy Kreme didn't go out of business-they were shut down by the town. I don't know the full details, but they were delivering donuts to gas stations and the like, but they weren't licensed to do so. After several warnings, the town revoked their opperating licenses. There may be more details that I am unaware, but that's the gist of it

Goodness, there is a lot of worthwhile info in this post!