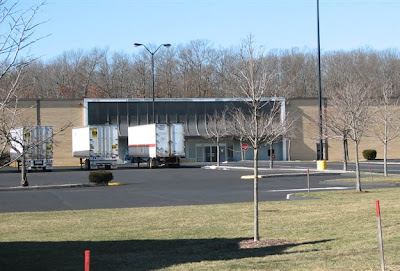 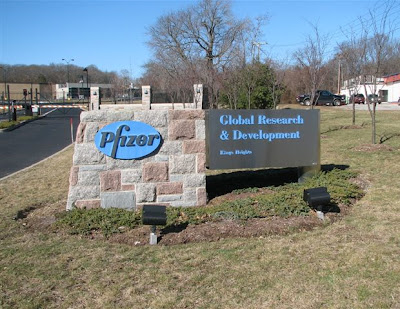 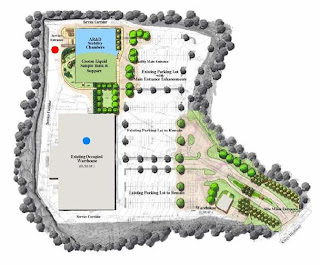 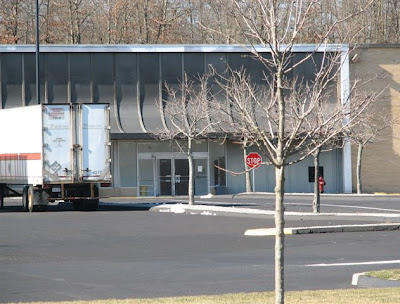 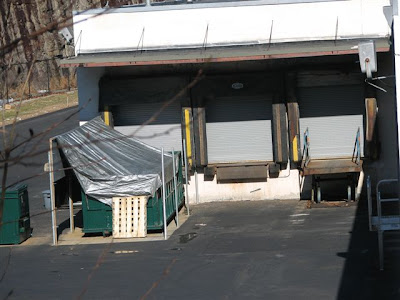 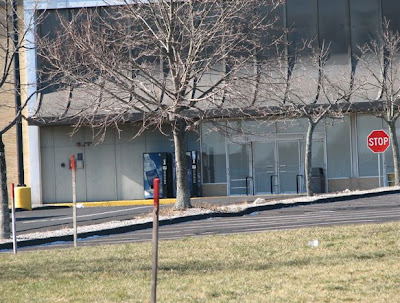 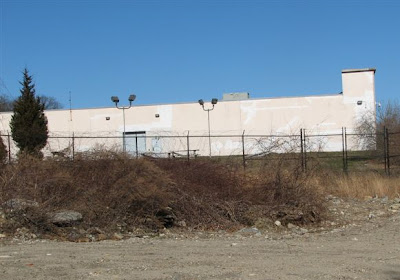 Well written Niick. I have to stake out the plaza sometime to get a feel of employee traffic and to see if they use the old Caldor building for anything. There are picnic tables on the side of the Caldor so maybe the soda machines are there with that in mind.

I'm glad to see that you finally had the oppertunity to post the Groton Caldor up. I still drive by that place for school and the caldor still remains. I have a family member that works for phizer. I wonder if she can get me through the gates so I can try to get interior pictures after my Europe trip....if ever possible. But anyways, glad you have this up here, keep up the good work!

P.S. I wonder how the Danbury Fair Mall Renovation is coming along....Last time i was there was in early Feburary, and they were laying out the new Porcelin Tiles in certain areas (Old Navy, Downstairs in fron of Filenes). Now recently, I've heard that half the food court closed

Psyched to see pictures of this! I live across town and pass this building all the time. And ever time I drive by it, i go slow and look at the thing. I have these weird dreams about it all the time. Strange. I guess maybe it's because this place of my childhood is no longer accessible to me, though it's right there! The gates and stuff make it creepy. At any rate, I remember that place well. Wish i could get inside!!

This is also a carbon copy of the Avon, CT store until Walmart re-did the façade when they took over the location.

I spent way too much time in this Caldor growing up.

I'm still making my way through the site, but I'm wondering if you touched on the Railroad Salvage in Groton (now where Wal-Mart is) and Vality in Gales Ferry. (Now an Ocean State Job Lot & a recently closed Better Val U grocery store.)

Vality's (Value&Quality) past history is almost nonexistant on the net. This was a revolutionary concept for the area from the 60's? The giant plaza included a post office, laudramat, and full service grocery store and a full blown department store under one roof! This is decades before Blahmart Supercenters people! I remember going to Vality in the 70's as a child. There were two levels in both the Department Store area and the grocery store area! What a place to hide from searching parents! Oh, the past.
Vality almost deserves a site of its own!

I would also like to express interest in a site on Vality's. As the other posters have said it was quite a store. I remember going there with my Grandmother in the 1970's; the toy store was downstairs and they had every imaginable toy you could think of!

Their grocery portion was also very nice and while just a kid, I was impressed with the electronics/photo department. I do remember that their clothing department was quite upscale without being too pricey.

Speaking of long-time stores in Southeastern Connecticut, a popular IGA market, Beit Brothers, closed their last store in Uncasville just the other week. Sad to see another local fixture go.

I would also like to endorse a tribute site to Vality's. It took the Wal-Mart concept of combining grocery and department store years before Wal-Mart came to be.

Vality's was in business from 1962 to 1983. It was located on what was formerly the Hurlbutt Farm in the village of Gales Ferry, Connecticut. The building is still there and is an amazing example of mid-to-late 1950's architecture.

The store was massive, built upon 12 acres of land, it sat just off Route 12. An A-shape roof covered the left portion of the building which housed the grocery section and the toy and hardware departments on the lower level.

This store was incredible, over 50 different departments and they had everything you could think of. Lawn Mowers, Makeup, Leather Coats, Bicycles, brand-name fashions, an exceptional camera and electronics department to name a few. They even had seasonal items and I remember they sold skis there!

For those who love early 60's retail architecture, Vality's radiated that era. The inside of the store was like walking back in time; at the time of it's closing in 1983, it still appeared much the same as it did in the 1970's and 1960's. Under the A-shaped roof there were rows of fluorescent tube lights that followed the contour of the roof. In the women's clothing area, the support poles for the roof were decorated in some sort of fabric. If my memory is correct, there was also some brown paneling in some areas under the "flat-roofed" section at the right end of the building. This is where the Men's and Women's clothing areas were along with the housewares and cameras and electronics.

I remember the customer service desk as being near the check-out counters and just at the end of the grocery area; if my memory is correct, there were always lollipops available there.

I still recall their logo to this day; a rectangular enclosure with the word "Vality" at a 45 degree angle.

If anyone has photos of this wonderful store from yesteryear, please post them.

Nice web site, I hadn’t come across this before during my queries! Proceed with the excellent work!

remeber the site,sounds & smell of the joint over a 1/4 century later!

they had big salty pretzels too.

also worked in the SHOPRITE next door very briefly when i was 16...after that "behind the scenes tour"..i know now that it was indeed best for all of us that this particular shoprite went belly up!

Very useful piece of writing, much thanks for your post.

Someone asked about Railroad Salvage...that store had one in East Windsor, CT and I wish they had a site for them....and Barkers, too!!

What is in the old Vality's store??

I have lived in Groton for most of my 32 years and I remember this Caldor fondly from my youth, as well as the Shop-Rite, Vality, Railroad Salvage, Bradlees, and Woolworths all in the Groton area. Valitys was always after church at Our Lady of Lourdes. I used to love hiding myself under the giant racks of clothes they had at Caldor. Bradlees was a bit more modern, always remember it being a bit less dark than Caldor was. The machines out front in the picture were there when the store was open. I remember one of them being a Crush orange soda machine. The Caldor had the rainbow emblazoned in the handles of the doors, and they actually changed the logo on the front of the store before they ended up closing. If anyone wants to ask me questions about the former sites I still live in the area and would be happy to share info.