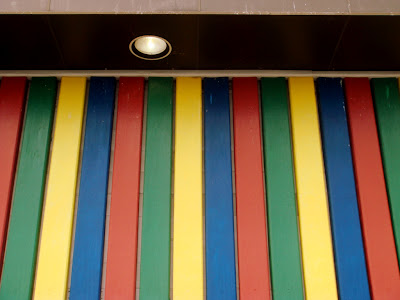 Also, check out our archived study on original Toys "R" Us stores (updated recently), including our glorified piece on the Clay store.
Posted by Nicholas M. DiMaio at 12:35 PM

There IS a real Toys R Us in Waco, Texas with rainbow striping (Life Saver style) with a brown mansard roof! I need to take a picture!!

And guess what, I'm going to get a picture soon! Next week, perhaps! Hooray!

Actually have a very nice blog, I wish I could see everything you have all the time, I'm really entertained by your comments, and best wishes for your blog