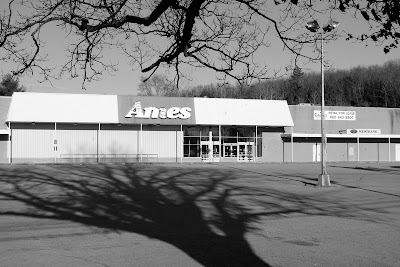 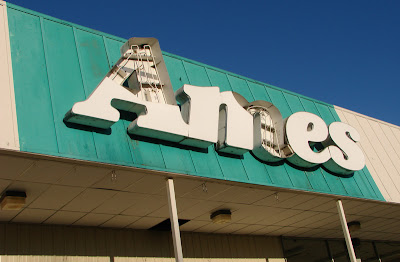 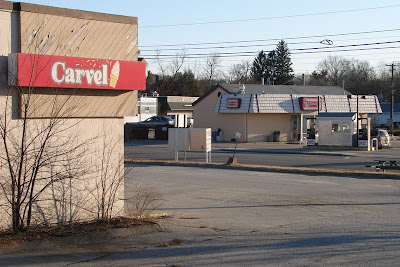 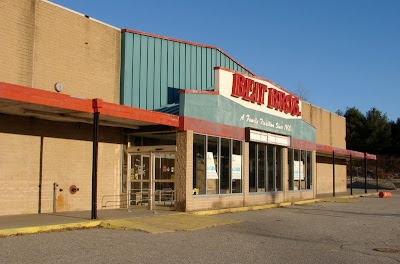 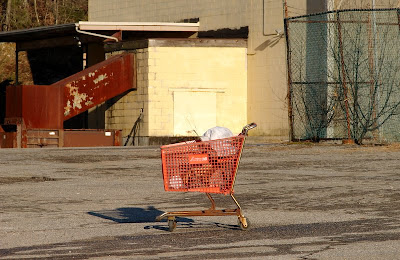 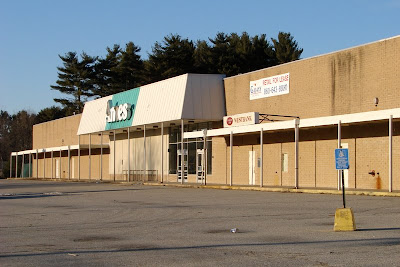 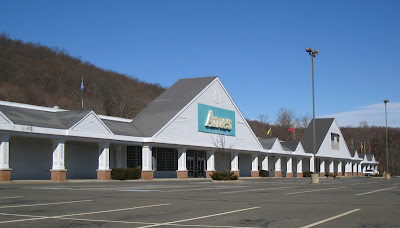 View the full gallery of our Dayville shoot and check out more of our Ames pictures on Flickr and on The Ames Fan Club.
Posted by Nicholas M. DiMaio at 12:15 PM

Did you ring the recieving bell? Also there is a closed movie theater just down the street and up the hill.

Nice shots of that old Ames. Makes me miss the old Ames in Medford, MA, which is now a Stop and Shop. Oddly, they closed up the former Super Stop and Shop location that was just across the parking lot, tore down the Ames and built a new Stop and Shop (not a Super, but a regular one) in it's place. If anyone knows why this was done, fill me in, please.

Greg, yes I did ring the bell but I did not hear anything. I thought of your suggestion when I did it!

Panda, I visited the Medford, MA Ames in 2006 and noticed the Stop & Shop kind of apart the rest of the plaza. Perhaps the store was just old or oddly placed and they saw an opportunity to build a big, brand-new store. The company has been on a remodeling scheme now for a few years, more so now that the new logo and design have been unveiled.

Yay! The McDonald's you mentioned just moved across the highway to a newly built McDonald's in the middle of Killingly Commons. There's a former A&P, later Stop & Shop, and now vacant across the street from the vacant McDonald's.

Glad to see you made it out here! Until recently (as recent as 2006 and possibly up until Beit Bros closed last fall), the green Ames road sign used to be lit at night.

Nicholas: That's fine, except the new Stop and Shop is smaller than the old one. At least it looks that way to me.

Ames gives me nightmares. I once met a girl who worked at the Carousel Center Ames in Syracuse, NY and we sat in her car and had some drinks, well she spiked mine and I woke up in a ditch the next morning with my wallet missing. That was a bummer. I never saw her again.

I want to use it for t-mobile, but it is only for AT&T. What is the fastest way to unlock the iPhone? I heard about the turbo sim method, so can anyone help me?

The Ames is turning into an Aldi, it's being completely renovated (at least part of the store). I don't know if anything else will move in as well.

Generic Viagra said...
This comment has been removed by a blog administrator.
6:14 PM

Brilliant post and useful information looking forward to future posts in this field thanks a very interesting article, interesting ideas and a lot of good questions posed Thanks for your insight for the great written piece.

I believe the Ames in Dayville was originally a Barkers Dept Store.