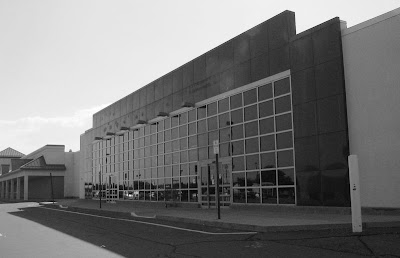 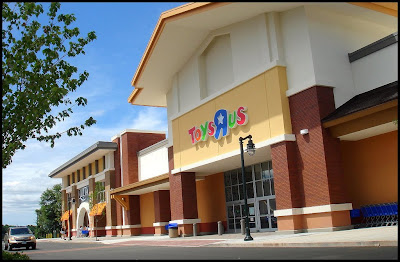 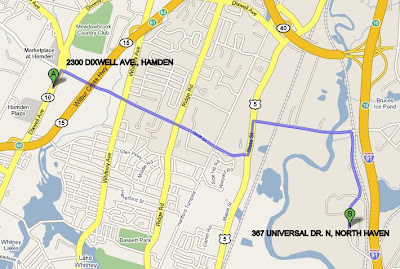 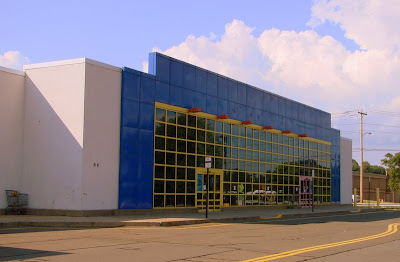 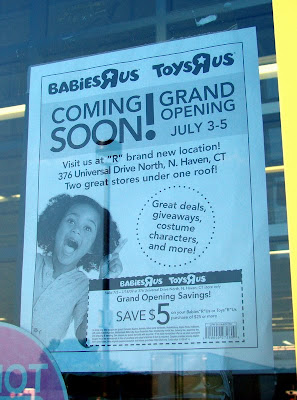 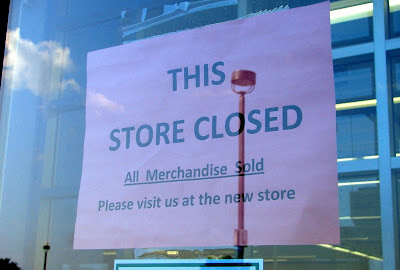 Excellent post.!! Toys R Us has always been my favorite store. I love to visit our local store with my kids to buy toys, games and other stuff.

That new Toys R Us is one sharp looking store!!

It's ironic that they closed the Hamden store since it was one of the nicest ones due to the fact that it was smaller than most.It wa salways neater than the other TRU's and in the area and the shelves were always full(an oddity in these times),but both of these things were due to it's small size.And what do they do go and open up a larger(harder to keep neat and keep the shelves fully stocked)store.I just don't get the coroprate mentality.I don't know much about hte east haven store, but I heard a wierd rumor how it was haunted by the ghost of a little girl who was killed when some shelves fell on her.And the weird thing was that supposidly when the store closed down the shelves were moved to the Milford store and she haunts that one now.

I kind of miss the original store set up. The current design is much more open and inviting, but I enjoyed grabbing a ticket for a new NES (or Atari 2600, hehe) game and bringing it to the window for pickup :)

Anonymous said...
This comment has been removed by a blog administrator.
4:13 PM

Anonymous said...
This comment has been removed by a blog administrator.
2:26 AM

When I was a lad, there was no bigger thrill than getting to hit the monolithic, mazelike Toys R Us in its original Waterbury location. Today that spot is a grubby Shop Rite that I will not patronize unless absolutely necessary. But a few years back when it was occupied by Price Chopper, I would get off work and make a nightly pilgramage there for a bite on the way home. Peering at the meat counter at four AM one particular wee-hour, I realized I was standing in the selfsame spot where ten years prior I had seen the first Virtual Boy, side by side with the Sega Saturn running Panzer Dragoon. I laughed out loud to myself and some frightened stockboys as I recalled thinking to myself, "This Virtual Boy I like but as for the Saturn, this 3-D gaming will never catch on".

Had no idea a new North haven store was opened..i saw that Hamden had closed, but i figured it was because the company was in trouble, and i heard last year that Walmart was trying to drive them out...go figure..Toys R Us used to be good, but my last time in there i was not pleased, and prices were so damn high i just left..give me back Child World..i loved going in there!

I used to think the toys r us in clifton park, ny was cool as a kid (mid-90s). It looked huge to me at the time, and had a very strange entrance way. You enter on the right via two sets of sliding doors, then walk half the width of the store to the customer service desk, then do a u-turn and go through another sliding door to a large area you are forced to walk through, I guess so they can promote things.

Looking at it now though, the place is a dump. It's essentially a small warehouse building, with lights constantly making a buzzing sound. The roofs have metal scaffolding on the inside which is very unattractive. As for video games (the only reason I go anymore... when they have good sales), It's a huge hassle to have to take a ticket to the counter, pay in exchange for a receipt, then go to a pickup counter and hope there's someone there to get it for you.

Remember the glass cabinets in the first isle of entering the store that had the Atari consoles, RCA helicopters, and the early NES games and accessories? They had (in their prime) a model car section that triumphs any standing hobby store to this day.

I used to sluggishly be dragged to the Salem Mall in Trotwood Ohio knowing that if I tagged along I had a good chance of getting the Moms to take me to the big Giraffe. That area was amazing in the early eighties, Children's Palace in the parking lot, Toys R Us a couple blocks away, and a Showbiz Pizza close as well. Toys R Us had the formula right back then, lure you in with glass cabinets of electronics you couldn't touch until you bought them. I had to smear my face on glass for 2 years of my youth before I ever got to play one (there wasn't a kiosk where you got to "try it out").

This is a great inspiring article.I am pretty much pleased with your good work.You put really very helpful information.